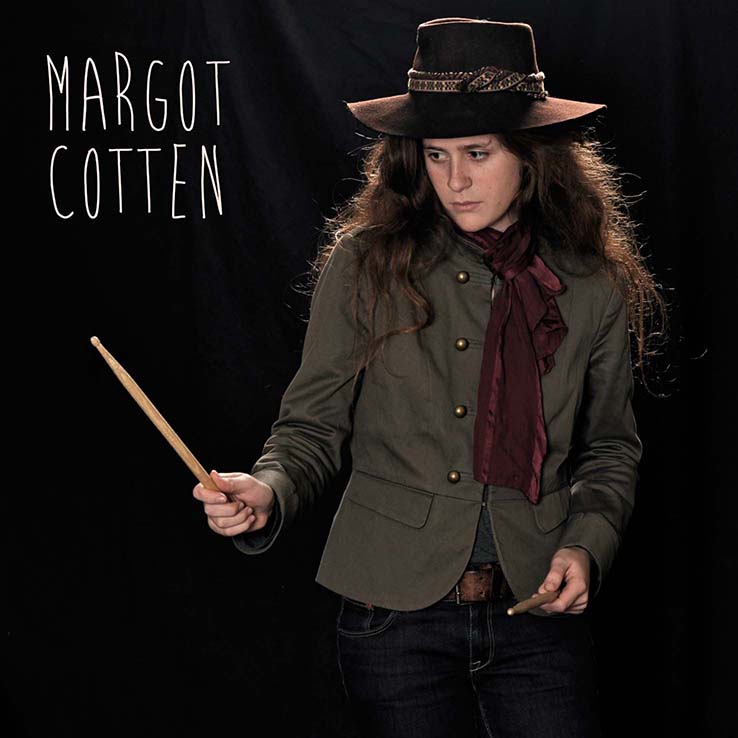 While preparing her second album, Margot Cotten (http://margotcotten.tumblr.com/) answered to us about the new developments of her career as a musician and songwriter…

RYL: You recently released your first album, what does it represent for you?

Margot: Wow! It’s such a wonderful feeling to have created something and to release it you know. Now I have to record the second one!

First album, yeah it’s great. But you have to work harder to have a second one. Never stop working. One day Tom Petty said something like “you have all your life to make your first album but you only have one year to make the second one”. I’ve waited 23 years to make this one, I’m really looking forward to record the next one.

RYL: What is music for you?

Margot: Music is everything. What else could I say? Food, music and wine that’s all you need!

Margot: With a pen and a sheet of paper! Most of the time I have a melody that I keep singing again and again then I imagine a story. Then words are rushing in my head and I can’t stop writing.

RYL: Which influence has the sound and lyrics of Bob Dylan in what you are writing?

Margot: Dylan has a big influence on me. Sometimes I’m writing a song and I’m stuck, I don’t know where to go. So I say to myself “hey try to do it the Dylan way, try to be poetic, witty and funny” but it never works!!

I can’t copy him. I love to make covers of him. I really dig his work and the way his lyrics sounds. Every time I sing one of his songs I travel into another world.

RYL:  Do you think your way of doing music is going to change in the future?

Margot: Probably. I can’t tell you now. I’ll answer you next year !

RYL: Which is the best advise that you received in your career? Are you trying to follow it?

Margot: “Do it. Don’t be afraid of writing songs, if you don’t do it who will?” It has become my motto!

RYL: In your last album , which is the song that is the most meaningful to you?

Margot: I guess it’s Lucky Charms because it’s the first song I wrote that I really liked.

RYL: will you go in tour this summer?

Margot: No. I’ll be working on the second album, writing songs for the second one.  But I guess I’ll have a couple of gigs so I won’t get rusty.

RYL:  Which are your next targets?

Margot: Recording my second album. And getting more and more gigs.

RYL: According to you which is the best verse ever written in a rock song?

Then he said, “Jump right in”

The one was Texas medicine

The other was just railroad gin

And it strangled up my mind

And now, people just get uglier

And I have no sense of time

Dylan, Stuck Inside of Mobile with the Memphis Blues Again