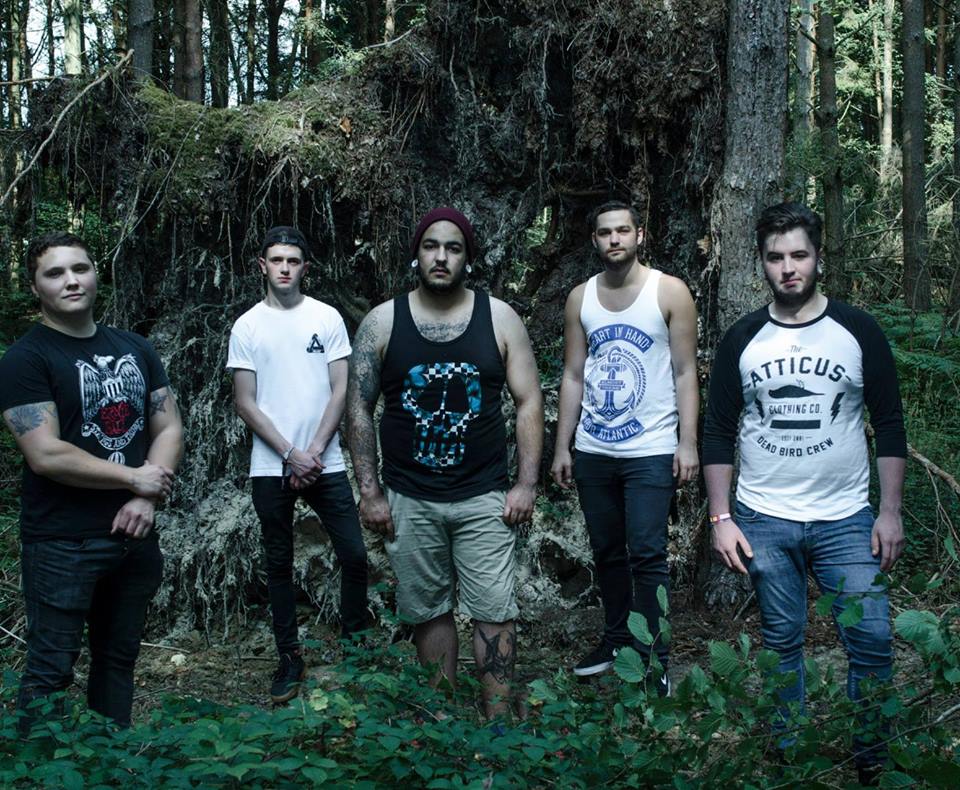 Interview with Nicolai, singer of EVEREST

RYL: “Tell us about your last unpublished song, what inspired it and when do you plan to release it?”

Nicolai: “Well as it was an EP, a collective of 6 songs, for the whole thing I would I say that my influences would be, past relationships I have had, politics and racial inequality. These are three things that have had a big influences on me during the year that we wrote the EP in.

More specifically the last song we recorded was about how everyone takes everything for granted and how we should live more in the moment.

Currently we are looking at a February/March release date with a potential single being released earlier.”

RYL: “Is there a common theme among the lyrics of your songs?”

Nicolai: ” My main common theme behind my songs, including the older stuff was quite solidly based around relationships, how they effect me and how the effected my life.

RYL: “Which is your favourite song to play live? We love Gods Must Be Strong. What inspired it?”

Nicolai: “My favourite song to play live would also have to be Gods Must Be Strong because it is such a raw and emotional song, that is quite hard hitting. It means quite a lot to me and its right at the end of our set. It requires so much energy so it helps me maintain my energy as I need to give it 110%. Its a great way to build yourself up as by the time we get to the end of our set I am pretty knackered and to have to push myself on is represented in the song.

It was written while I was at University and its based around how I was unhappy there, struggling to get along, missing my friends and family as well as giving up things that I loved doing. Hopefully there are people who relate to it as it is beautifully sad, but at the same time I hope people don’t relate to it as it is a horrible situation to be in.”

RYL: ” How do you usually write the lyrics of your songs”

Nicolai: “It starts off as more of a poetry or spoken word that I will write out. I have so many little one to three line word folders all over my pc, probably a few gigabytes of them. Its amazing considering how small they are.

Sometimes at night I cant sleep because of words going around in my head and I will have to get a notepad and write down what I am thinking about to help me sleep, otherwise I am up for a good two hours just mulling thoughts around in my head.”

RYL: “Which is the best verse that you ever wrote?”

Nicolai: “Thats a tough one! I obviously like all of them! My favourite would have to be a little section from one of our upcoming songs called Rinse Your Hands, which is the most recent one we recorded in the studio. It goes; I was broken before, and now I have never been so strong, fused back from the ashes and broken bones. Rising like a phoenix.

It a symbolism of how I was so broken at the beginning of 2014 and now the beginning of 2015 I have progressed so much through out 2014, my band has gained a lot more recognition, I’ve been promoted at work, its quite a step up in my life and this song is a symbol of that progress.”

RYL: “Which is the best verse of A Monument (To All Your Sins)?”

Nicolai: “That song I wrote as the first Everest song. The line up has changed several times since then, with me and Chris (guitarist) being the only members from then. That song was written about a previous band I was in and one of its members.

We have sorted out our differences since then so it’s all cool now.

At the time though I was rather aggravated as he was the reason I left that band. My favourite verse would be; “You turn away from misery so apparently, I should pity you. You suffer in silence, not taken seriously. It has become so hard to breathe under your oppressive state of mind. ” It sums up how I felt when I was in the band and the position I was in.

This song means alot to me as it was the first song we did as Everest and it gets a great crowd reaction.”

RYL: “How did you write Folks Need Heroes?”

Nicolai: “Well Folks Need Heroes was a song about a relationship I was in at the time. I wrote it because I felt inadequate as a partner and how I felt like I needed more of her attention,l which makes me seem like a needy person. Feeling inadequate is never a great feeling to have.”

RYL: “Tell us about the upcoming tour, where will you play?”

Nicolai: “Its come down a bit from a tour as we have some other commitments, like Jacob (guitarist) has some exam retakes and I am running out of holiday time at work and other lame excuses like that.

But we are still playing around six dates some unconfirmed. It started on February 13th which is a Friday so that’s quite cool, then we have the 15th in Brighton, 16th in Eastbourne and 21st in Worthing which is a maybe as the promoter has yet to confirm.

We are also looking to book in Kingston but we are just waiting on a confirmation from another promoter.”

RYL: “What is the most important thing in doing music?”

Nicolai: “To me the most important thing is to express yourself. I am quite a chilled out person in general, I don’t really get angry or fly of the handle.

Which is kind of a miracle, I guess, in today’s society. I portray the side of me through doing music, so on stage I go mental, smash things, get absolutely smashed. One of the last shows we played I fractured one of my fingers, its brilliant! Other than that I would say  to see and meet people who appreciate what you are doing.

I just want people who absolutely love what you are doing and come up to you afterwards and tell you how great it was.”