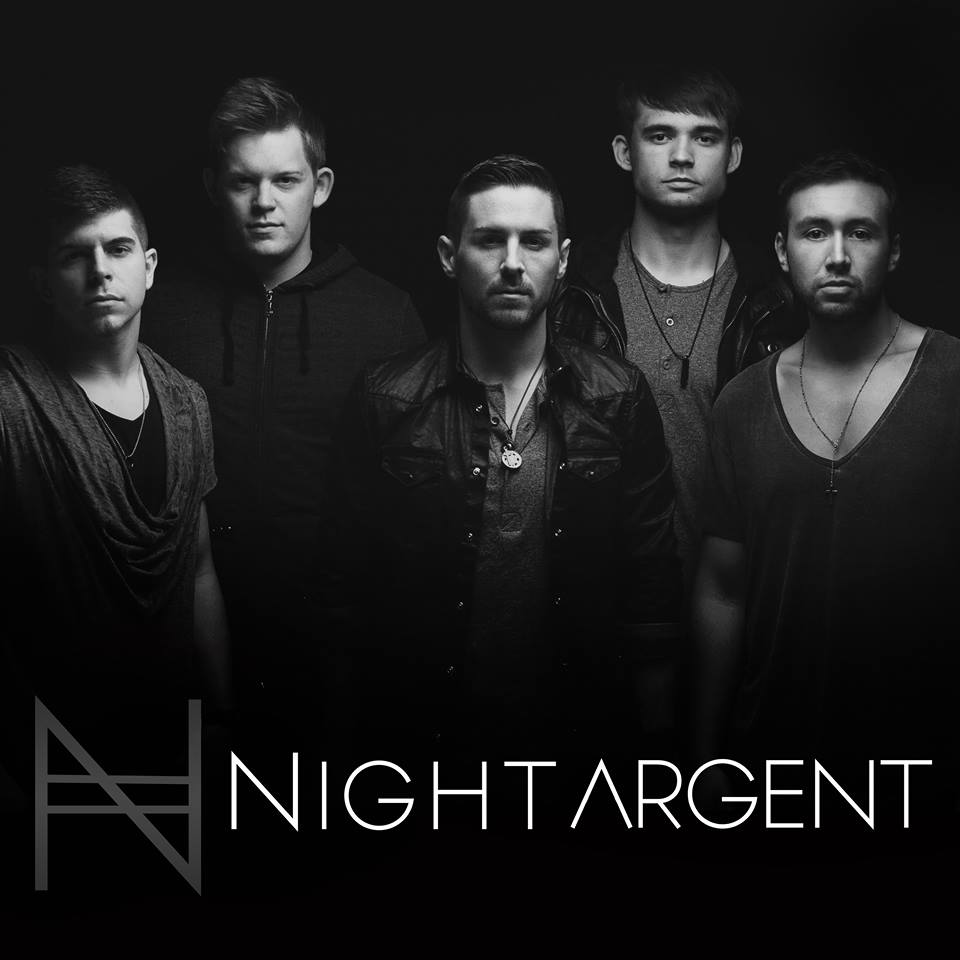 RYL: Let’s start with a great news, you are going to play the Vans Warped Tour this summer! How did you react when they first told you that you have been selected? What do you plan for your fans?

NIGHT ARGENT: We were so stoked! We get to tour with bands that we’ve looked up to for a while, and of course perform at some awesome venues we’ve never had the opportunity to play before.

RYL: When you will release your next album?

NIGHT ARGENT: There is definitely some lyrical and musical continuity throughout our music. We wanted to make sure we wrote songs that not only allowed us to connect with our fans, but that were cohesive and progressed in a meaningful way.

This  particular EP has gravitated towards the emotional rise and fall that occurs when two people let go of everything they are in an attempt to create something beautiful out of nothingness.

RYL:  Do you remember how the lyrics of “Nothing More Beautiful” have been written?

NIGHT ARGENT: We approached the lyrics for that song with the hope to create something that would shine some light into the darkness that we as humans experience when it feels like the world is against us.

It’s a call to the people who’ve lost everything, who feel like they have nothing left to give, to remind them that it’s at those moments in our lives that we truly discover how strong we are.

NIGHT ARGENT: Our songs usually start out on the piano with simple chords and melody, singing words that match whatever emotion the chord progression evokes.

Our goal is to write music and lyrics that will be just as impactful with basic instrumentation as it would be with full production behind it.

RYL: which was the first instrument you ever played?

NIGHT ARGENT: All of us started on different instruments, but guitar, piano, and drums are the common thread among us.

RYL: the most important thing for you while doing music?

NIGHT ARGENT: Staying true to who we are as a band. Not straying from what we stand for or what we want to accomplish.

It’s easy to lose who you are in this industry, we want to make sure that never happens.

NIGHT ARGENT: We haven’t written it yet. It’s so hard to judge your own music, because you pour so much of yourself into it. We just keep the mindset that our best is always yet to come.

We’ll have to ask our fans that question once the EP comes out, it’d be interesting to hear what they think.

NIGHT ARGENT: Kamikaze. It’ll be on the new EP, but we’ve been performing it live, and it’s such a powerful and enjoyable song to play.

RYL: musically speaking, which is your biggest desire?

NIGHT ARGENT: We want to reach as many people as possible with our music, and hopefully make a positive impact in their lives.