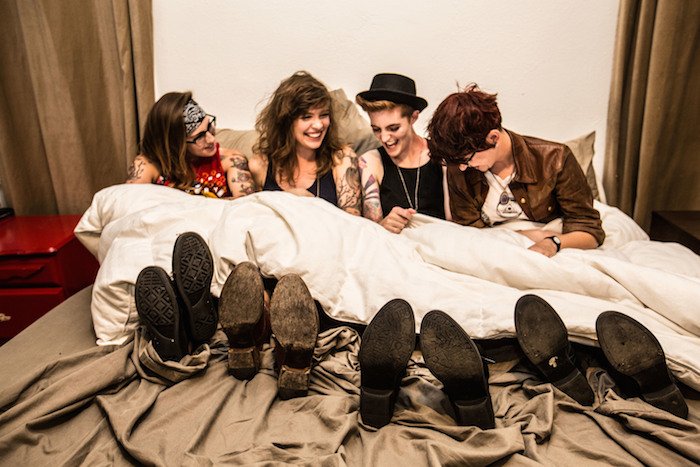 Interview with NO GIRLFRIENDS

RYL: When do you plan to release your debut album?

No Girlfriends: When we strike gold, no probably by the end of the year we’ll have an EP

RYL: the first single is titled “Groce”, what it means for you?

No Girlfriend: It was written after one of the member’s ugly break-up, not saying which one… but shes the noisiest. 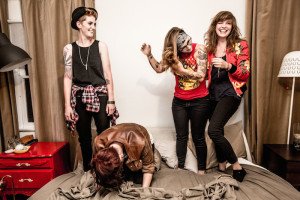 No Girlfriends: Individually since we can remember, collectively about a year ago.

No Girlfriends: Someone comes up with a riff or a vocal melody or they break up with their significant other

Janelle: Queen “Somebody to Love” 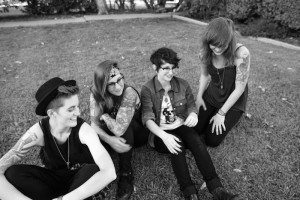 No Girlfriends:  Being connected to every part of it and creating it fearlessly, not compromising and just loving the process.

No Girlfriends: The lyrics that mean the most to other people..so I guess we’ll never know.

No Girlfriends: Well we actually just got a new member (Rose) and we are finally finishing a song we previously released because it never felt done and her finishing touches are proving to be wonderful!

RYL: How Los Angeles is influencing your music

No Girlfriends: We love this city, the vibes- the smog- the sounds- the atmosphere- the live music scene: There is definitely a wealth of talented musicians here so they push us to be better!