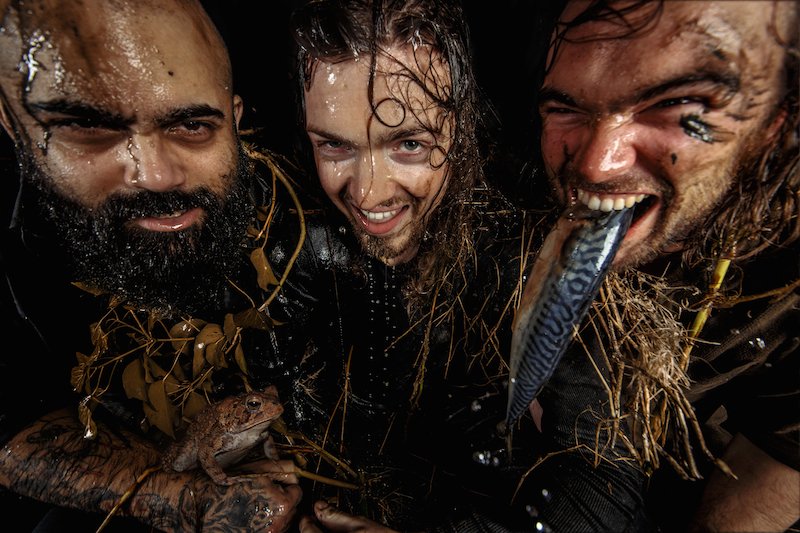 RYL: “Whitey Two Step” is the title of your last album ; are you happy about the feedback you have received so far? What it does mean for you lyrically speaking?

OCASAN: Elixir was the name of our last album. The album was split into three parts. ‘Whitey Two Step’ was the second instalment.

The feed back has be out of this world. We were selfish with this record and didn’t aim to please people. We wrote it for us. Having said that we’re all very happy it has been received so well.

Lyrically the songs are very honest. Our first album was predominantly made up of fictional stories and characters.

This second album is probably 95% real scenarios. Some of the lyrics delve into dark parts of our history. Many of the tracks were difficult to write and others spewed out like verbal vomit. It was very rewarding and in retrospect probably therapeutic.

Allowing yourself write down things that are normally hard to discuss can be such a relief. It’s like a one on one therapy session, with yourself.

RYL: Why, in your opinion, “Invincible” is the favorite song of your fans in ITunes? What this song means for you?

OCASAN: I didn’t know that. I’m not sure why it would be a favourite. I would say it’s musically more technical than some of the other songs. Perhaps that’s the reason?

OCASAN: They all have a strong meaning behind them, even if some toy with flowery metaphors and analogies. Every track relates directly to us.

We could talk about it for hour! In particular Wizard Man, Whitey Two Step and Parasite.

RYL:  Do you remember how the lyrics of “The River” have been written?

OCASAN: We were sat in our bass players apartment discussing life, the butterfly effect etc…as you do.

We began with the idea that a river essentially represents life, the ocean, death and that we’re constantly being swept toward it, whether you like it or not.

We also explore the idea that some people can sail through life with ease depending on their background and some people have a very turbulent ride.

OCASAN: They always come first. Just like most artists, you have a burst of inspiration. Normally these occur at the most inappropriate of times… On the toilet for example or when you’re half asleep.

You just need to make sure you note down the idea there and then otherwise it’s lost for good. I’ve really got the hang of writing on toilet roll….with a pen may I add. I’m not that talented.

RYL: Tell us everything about “Dark Cloud”….

OCASAN: Everything!? Not a chance. We can give you an insight. DC is a drug dealer from London. A very (as you’d imagine) shady character.

He’s been on the music scene for many moons now so we bump into him once in a while without intention. I swear you could shoot this guy with a tranquilliser gun and he’d just come back asking where he could get another hit.

RYL: the most important thing for you while doing music?

OCASAN:  Having fun. If you’re not enjoying what you’re doing, do something else!

RYL:  Of all your repertoire, which verse stands out as your favourite?

OCASAN:  I like different verses for different reasons. ‘Kids having Kids’ is great, but mainly because I remember the scene as clear as day.

I was walking through Northampton town centre and this girl was so disgusting it was almost poetry!

A small pink trophy from a one night stand

What chance does it have with a mother so young

Who can’t hold her drink or promiscuous prejudice tongue?’

OCASAN: We’ve written a whole new album and just started demoing it. The demos sound great so we may end up just releasing them as they are. So far we’ve always waited  such a long time to raise money for a big budget recording. By the time it’s out you’ve lost your buzz for it.

OCASAN: As ever we’re waiting on news from our agent. He has high hopes for a three week tour in April so we’re keeping our excited little digits crossed.