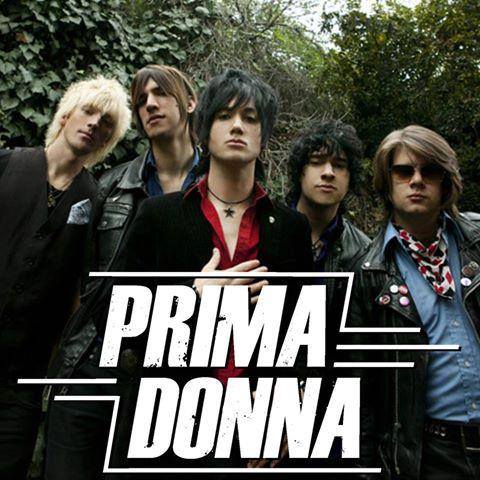 Interview with Prima Donna. It is all about rock!

They are currently in tour across America promoting their last (and very successful) album “Bless This Mess” and preparing new songs…….today’s interview is with Prima Donna:  (http://www.facebook.com/PrimaDonnaOfficial)

RYL:  Last February you released your second album “ Bless this Mess,” how it is going so far?  Happy about its success?

PD: We’re extremely pleased with all the doors that record opened. We got tons of radio play. It gave us the opportunity to play shows in 10 countries. Really cool things.

RYL:  You are from Los Angeles, how has the creativity of a city like this is influencing your music?

PD:  Big city life is really apparent in our music. There’s always something to do, trouble to get into. Makes for great songs.

RYL:  You know, our website is all about the lyrics, would you tell us how do you write your own lyrics?

PD: Pen & paper…ha! I keep a notebook with me almost everywhere I go. I jot things down and when I have time at home, it all starts making sense. Random thoughts take shape. There are a few songs on Bless that came together when I had the rest of the band add on to things in the notebook. Let The Games Begin is one of those songs.

RYL: “Feral Children” is one of the most famous songs off the album, how did you write it?

PD: We had just returned home after touring the world with Green Day. I was in love. I wrote about that love.  The words just poured out of me. It was a feeling like no other, like vomiting but the vomit tasted like ice cream. Something like that…

RYL:  How important is “feel” to a song?

PD: I’d say feel is the most important thing. That’s where it all starts. Sometimes I hear music in my head, go to play it but it doesn’t feel quite right, so I throw it away. When it’s the other way around, I can’t stop playing. It’s ecstasy.

RYL:  We have seen the videos of your live concerts on YouTube and we are amazed by them! It seems there is a great energy when you are onstage…. How it is for you to be on tour?

PD: The idea of playing music all over the world is the reason we started the band in the first place. We live to tour.

PD: We’ve done 6 tours of Europe so far. We’ve got another Euro tour in April 2014. Americans come to watch. Europeans come to be part of the show. It’s two entirely different vibes. I get off on both.

RYL: What does it mean to you: “doing music”?

PD: Music means everything to me. It’s as powerful as love in my book. It’s life. It’s “it.”

RYL: Tell us about your song “Sociopath”, how you wrote its lyrics?

PD: So many sociopaths out there. They needed a song! I started writing about the ones I’ve had the displeasure of dealing with.  David had some great ideas to add. Those lyrics came together late at night, upstairs in Studio B at Jingletown, Green Day’s studio in Oakland where we recorded Bless this Mess.

RYL: Who are your music idols?

PD: I really admire the guitar work of Elliot Easton, the vocal styling of Little Richard and the stage presence of Wendy O. Williams. Countless others, but I’ll leave it there for now.

PD: Both please. No limits on musical taste. I dig it all, most of it anyway.

RYL: Tell us about your future projects!