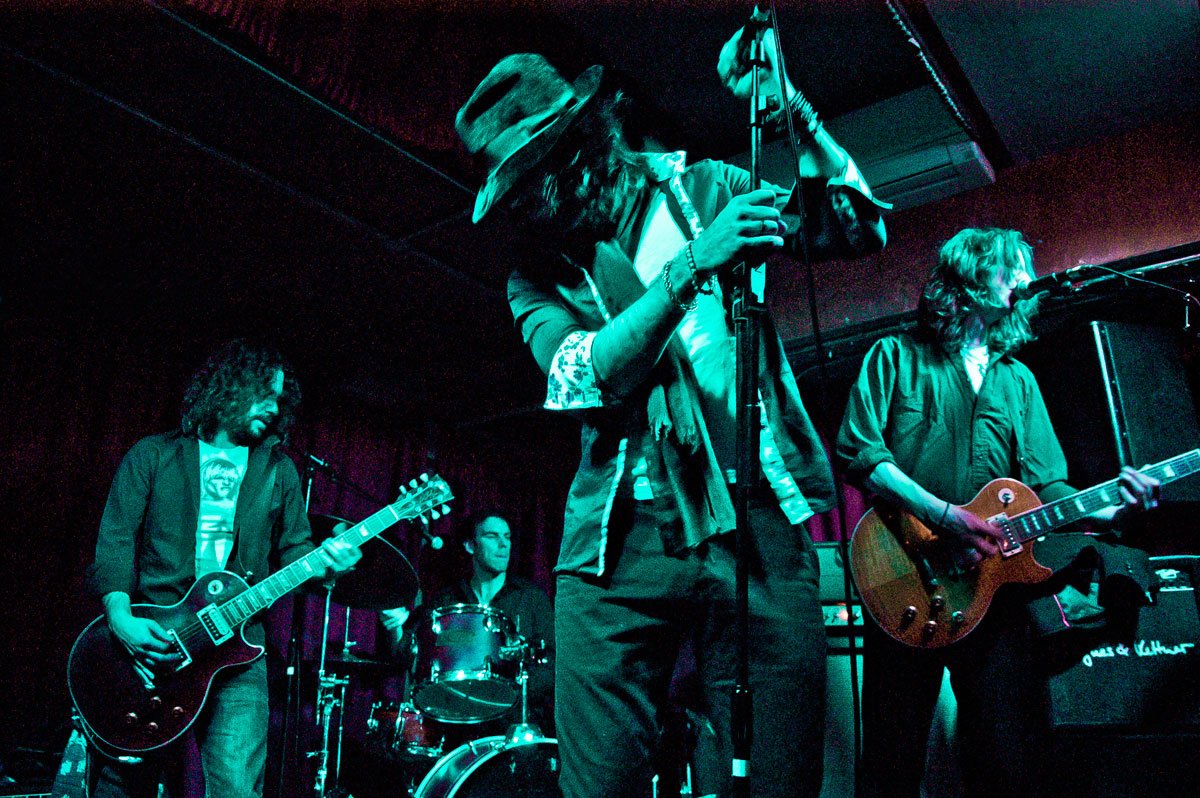 For sure our italian fans will be happy about our today’s interview with the british rock band rumHoney.

Jaime Blake and Sky Wood answered to our questions and explained their future projects.

RYL: We listened to your album “East to West” released over one year a go and we can definitively say that we have been amazed by your sound, so blues and contemporary.It was difficult to create, or you had the same since the beginning?

R: Jaime: Ahaa you’re too kind! Sky Wood (the singer) and me have been working together for some years now – 12 in fact. We’ve just learned to play and write the songs that we love and care about, as opposed to contriving commercial themes and ideas. The important thing for us is to be true to our roots and to ourselves, and we’re both very hard on each other about that.

RYL: How did you choose the title “East To West”?

R:  Jaime: Travel is and was an important part of our life. “East To West” conveys that nicely. Also during the making of the record, we lived in deepest East London, but Hi Street Studios is way out West, so we had quite a journey to get in to work every day.

RYL: Exploring your fantastic website we came across the groups that inspired your music, among them the Rolling Stones, that, just now, launched their US tour…..We guess they couldn’t live without being on stage….How important is for you the contact with your public?

R: Sky: Its absolutely everything. We maintain constant contact through twitter and other social media, but the stage is our weapon. That’s the truest connection with the public. Sometimes I can connect a little too closely..

RYL: Are you planning to be on tour this summer in Europe?

R: Sky: We’re hoping to fit in some dates in Germany and festival season in Spain, But we’re also recording an EP in Italy, so we’ll be in Torino towards the end anyway.

RYL: You have a very important fan base in Italy, how is it touring over there? Have you started speaking a bit of Italian?

R: Jaime: We spent 7 months in Italy in the Alps – 2 ski seasons in 2 years. Of course it goes without saying that we had such a great time, made so many new friends etc – but let me tell you, we have never had to work harder for our money ever – we were playing around 10 shows a week – sometimes 3 per day, all over Northern Italy – even ducking across the French border occasionally too – so yeah we do have quite the following in Italy. Actually we played 4 shows recently in Milan and Turin in early April – there’s some video footage somewhere on our website – www.rumHoney.net – Sky our singer spent some time learning Italian – mostly dirty things to say onstage, but when I tried I mostly got it confused with my childish Spanish, and invented my own language nobody else could understand, which was no good to anybody.

RYL: What about the Italian women? It is true that sometime they rock harder than men?

RYL: “Secret Smile” is our favourite song from the album , can you tell us more about its lyrics?

R: Jaime: Its really just a simple love song – written in around 15 minutes. True story. The narrator is addressing a real person – a girl. Touchingly she had “Secret Smile” tattooed on her ankle. It looks good too.

RYL: “She’s So fine” is supported also by a “crazy” video, can you tell us some crazy things that happened while you were shooting it?

R: Jaime: We had so much fun making that – the wrapped-in-carpet scene with me was particularly hilarious for everybody on set, because nobody thought to let me out for a good 20 minutes. After the scene was finished I just thought we were still shooting. Ha bloody ha. I remember Sky’s fake mustache not really sticking to his lip properly for the plumber scene – I think in the end we had to use a very strong superglue, which stuck so well he couldn’t take it off for a few days. Probably the first man to ever shave his fake mustache.

R: Sky: Jaime’s the man. First record we both dipped our hand, but on “East To West” Jaime had complete control. I think it shows, I can remember thinking we had some pretty nice little love songs, but by the time Jaime delivered them in the studio we were in a whole new place, and stronger because of it.

RYL:  “All over you” has been written thinking about a girlfriend or a lover?

RYL:   What about your future plans? Any surprise coming for you fans? They are growing every day more and more!

R: Sky: Thanks, yeah more and more. Well we are recording again very soon, and gigging furiously as always. I don’t know about surprises, but then again if I said anything else, it wouldn’t be a surprise..

Thanks to rumHoney and James Robinson for the cover picture