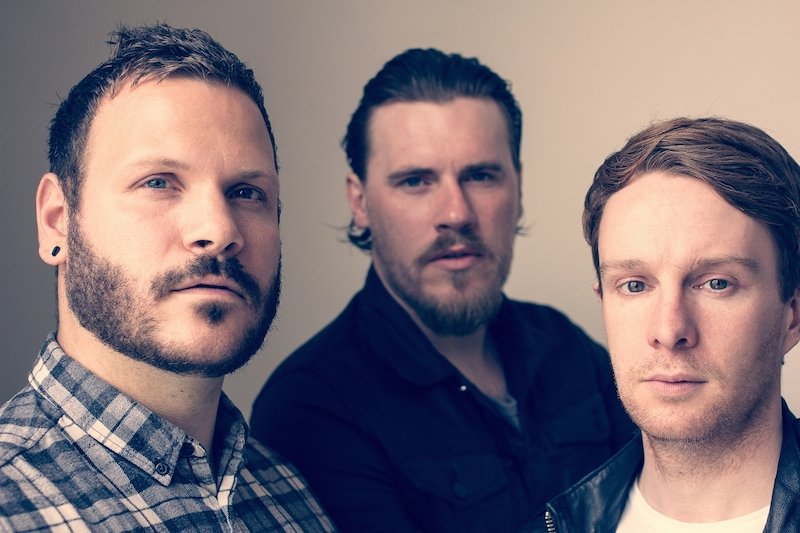 Interview with The Barnum Meserve

RYL: THE BARNUM MESERVE’ is the title of your debut album released in April. What were the key learning points while making the album?

THE BARNUM MESERVE: We definitely learnt a lot from writing our last E.P to writing songs for the album. The album feels a lot more like a different chapter in the band’s history. Leading up to the beginning of writing we invested a lot more time and money in new equipment and generally working on possible structures of songs.

We slowly demoed each track and would spend the week listening to it to see if it works or subsequently doesn’t. You can generally tell if a songs going to work if you find yourself going back over and over to listen to it again.

Throughout writing there we’re definitely a lot of song ideas that never made the final cut of the album. We wanted only the strongest song to end up on the album. We’re all firm believers of having an album that’s “all killer no filler” so to speak. I think this steams from a lot of albums released these days where you have 3 or 4 strong songs but the rest don’t seem to be be as good.

Another big lesson we learnt while writing is not to force creativity.

Something anyone who plays in a band can identify with is at times you rehearse with you band and there’s no vibe or you’re all not feeling as musically creative as the previous week say, the key thing we’ve learnt here is to just carry on the following day or week. If there’s no song there then forcing it isn’t going to help the situation.

RYL: Among the album is the single ‘Colours’ What inspired it’s lyrics?

THE BARNUM MESERVE : ‘Colours’ is definably one of the most optimist song off the album. I think we’d previously found outside in a rut making slightly depressing music, that’s not to say we don’t like depressing music it’s more I think we wanted to try something a bit different from the previous styles of music we’d written.

The lyrics definitely reflect the mood of the track. Like a lot of us at certain times in our life, Leon was going trough some tough times with break ups and loss of family members. I think this song was a clearing of the cobwebs we’d created for ourselves over the years.

RYL: Is there something that ties the songs together on the album? Is there a common theme?

The songs that form the album definitely feel like they belong together. I think from previous recording experiences we’ve learnt that when writing and recording an album it greatly helps to write and record them all in one period.

There’s definitely a consistency to the sound of the songs if you write them all over a year or so.

RYL: How did you write the song ‘Underneath the Grey’?

THE BARNUM MESERVE I think ‘Underneath The Grey’ came when we wanted to write something more dynamic for the album.

The first couple of song we’d written we’re all very loud and epic sounding. I think with ‘Underneath The Grey’ we wanted to show a slightly softer and darker side to the songs we could write.

There’s definitely more sweeping string sections and percussive instruments in the song as apposed to some of the other songs that feature on the album.

THE BARNUM MESERVE : Writing the full and final lyrics usually come towards the end of the album and even during when Leon’s doing vocal takes for the album.

Over all he has a rough idea of all the lyrics but during the recording process is where he’ll write them all out again and see if there’s places where he can improve some of the lyrics. We’ll all usually collaborate during this time on finding words to replace other words that we’ve used too frequently in other songs we’ve written.

RYL: Which is the best verse you’ve ever wrote?

THE BARNUM MESERVE: I don’t think either of us can really pin down what the best verse is we’ve ever wrote. I think we’re pleased with all the verses we’ve written to date. The reality is, if one of us didn’t like the verse..it simply wouldn’t be in the song. I’m sure some listeners prefer this verse to that verse from our E.P’s.

RYL: When you started to play your first instrument, which song did you first learn?

THE BARNUM MESERVE: We all learnt instruments at a pretty early age. I don’t think any of us can remember to be honest, probably something by Nirvana. Back in the 1990’s everyone was learning how to play Nirvana songs, well either that or Sweet Child of Mine.

RYL: What does music means to you?

THE BARNUM MESERVE In short, a lot. We’ve all been playing in bands since we we’re teenager so to say that we’re still doing it now and in our early 30’s shows how much it means to each of us.

RYL: Tell us more about your plans for touring.

THE BARNUM MESERVE: We plan on playing some shows in support of the album throughout. We’ll hopefully be getting to play some festivals also this year. We love playing shows and didn’t get a chance to play a lot last year due to writing and recording our 2nd album so it will be great to play in front of people again.

RYL: Who helped produce the album?

THE BARNUM MESERVE : We’ve always worked with Johnny Carter and Paul Yeadon (also know as The Moot Group). Everything we’ve recorded to date has been with them. We all definitely stepped up when it came to recording the album.

There was a lot more experimentation during the recording sessions as apposed to the E.P we’d previously released. Sometimes you’re constrained by studio time so you can’t experiment as much as you’d like to. We look forward to the day we’re we can lock ourselves away in a studio for a few months and make something really special.