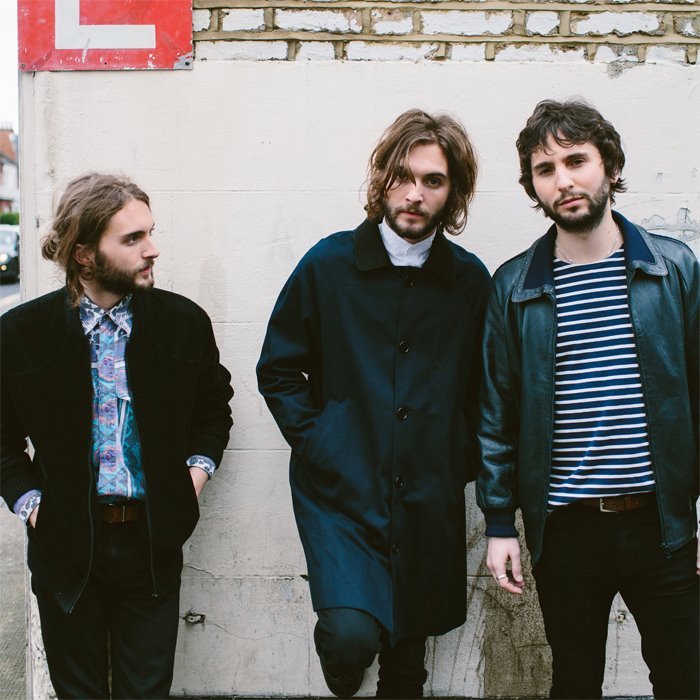 Interview with The Family Rain

Rock Your Lyrics continues its cycle of interview with The Family Rain…they just released a must-have album called “Pushing It” and tour extensively UK.

William, Timothy and Ollie told us about their future projects and their music…..

RYL: We can see you guys are touring quite a lot recently….how is it going so far? Happy about the audience?

TFR: It’s going great! We have been fortunate enough to support some really great bands throughout the UK and Europe and their audiences have been very good to us. Our headline tour is starting at the end of May which we are really looking forward to!

RYL: This summer you will be playing at the Reading/Leeds festival, headed by Green Day, Eminem and Biffy Clyro, are you excited? That will be a shot of adrenaline!

TFR: Yeah, we can’t wait! It is one of the biggest festivals in the UK, so we are honored to be included.

RYL: Music is a “family” business for you, which kind of music you were listening growing up?

TFR: Well, as a family we started listening to our dad’s vinyl collection from an early age. That mainly included the Beatles and The Rolling Stones, but plenty of other stuff as well, like Peter Green’s Fleetwood Mac, Cat Stevens…

RYL: “Pushing it” is our favourite song, can you tell us more about the lyrics? how you wrote them? What inspired you?

TFR: It is about small town gossip and dirt, we come from a small town called Bath where everyone knows everyone. People loving talking about who is sleeping with who and who and stuff like that. So it’s a snapshot of boredom I suppose.

RYL: By the way, congratulations for the video, we loved it (as well the cute fighters J )

TFR: Thanks! The video was good fun to shoot. We filmed it at the All Star Boxing Gym in London. It was directed by Charlie Lightening, he got our idea really well and we think he nailed it!

RYL: Your new single is called “Carnival”, it has been released just recently and it can be downloaded for free from your website. How important is Internet for you as a way to communicate to your fans and to promote your music?

TFR: Really important! The internet means we can be constantly in touch with our fans anywhere in the world. Twitter has been a great way to talk to people directly. However we still enjoy meeting and talking with fans at shows as well which is just as important.

RYL: How fun was to shoot the video of “Trust me I’m a Genius”? What you want to communicate trough this song?

TFR: Shooting this video was great. We got a camera, a car and some flares and smoke bombs and just went for it! We wanted the video to be a statement of intent to everyone that saw it.

RYL: What you plan for the future? A new album? A new tour? Maybe USA?

TFR: Well our ‘Pushing it’ EP is released today (12/05/2013) on iTunes so we are excited for that. We’re going to spend the summer playing shows and festivals all over the UK and Europe. Hopefully we can get out to the USA as well soon!