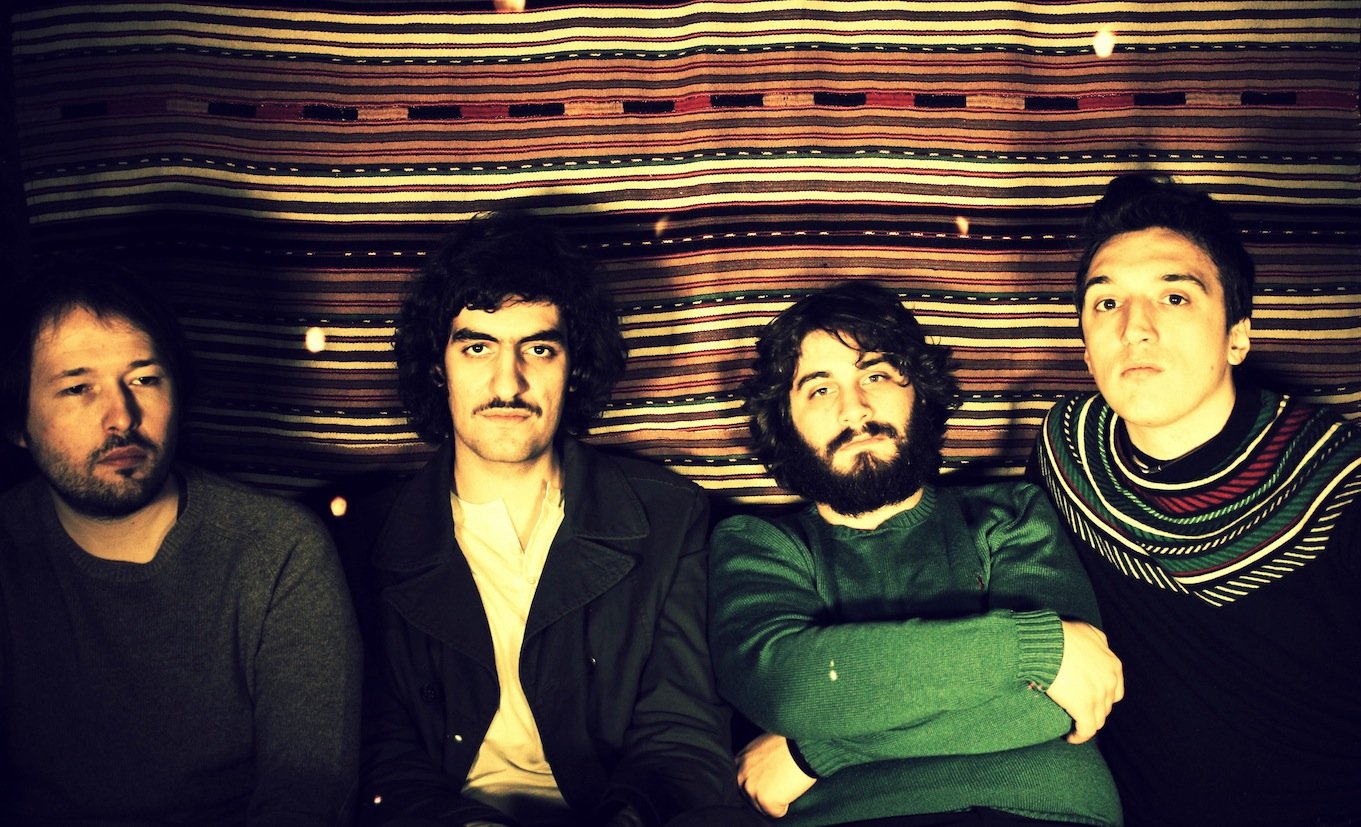 Interview with The Vickers

Our journey across Italy continues today discovering The Vickers (http://www.thevickers.eu), a band that has its origin in Florence, in the hearth of Tuscany.

Their music is a mix of psychedelic/pop/rock.

With them we discussed about 2013 that is going to be one of the most important year of their career….

Four years after the release of your first album “Keep Clear”, you are preparing a new album, can you tell us more about it? It is supposed to be released in autumn….

TV: First of all, thank you for interview us, congratulations for your success, it’s a pleasure appear on Rock Your Lyrics.

Yes you’re right, 2013 is gonna be the most important year for The Vickers, because we’ve just released our last single “She’s Lost” and in autumn we’ll release the second single then the new album. We worked very hard to create something special, we spent months to finalize the new album, we think is brilliant, really proud about that!

RYL: One of your first success was the song recorded in 2009 titled: “The only one” , if we compare its sound with the one of your last song titled “ She’s lost” we feel there is musically a great difference…do you agree?

TV: Yes we agree. “The Only One” was our first single, it seems very far from now. It was four years ago and the song is clearly influenced by the sounds of that period. We still think it’s a brilliant catchy song, we love it. She’s Lost is our present, the only thing similar to “The Only One” is the hypnotic rhythm with drums and the very important driving bass, the rest is a different story. She’s Lost has something more respect our past songs, the song is inspired by dreams and tales and you can feel it second after second, we experimented with sounds, we used many vocal effects to give the right direction to the song. She’s Lost is a long breath with eyes closed.

RYL: What does it means for you psychedelic rock?

TV:  When music opens your mind and your life. We think the word Psychedelic in 2013 has lost his original meaning and his deep connection with drugs. Nowadays psychedelic rock is when the music expresses utopic or real unconscious feelings, when sounds explode and open a different world in your mind.

RYL: You are an Italian band, can you please tell us how the economical and political crisis that Italy is living today is impacting the world of music?

TV: The Italian music situation is tragic. Economical and political crisis play their important role in this situation, but there’s something more. The real and good music has lost his prestige in Italy in the last ten years. This is not easy to explain, but in this specific moment music is not important in our country, we just have depressing talent shows on TV. I think this is the only great European country with no big music festivals, because we didn’t educate people to music, that’s the fact.

RYL: Let’s go back to the 2011 album “Fine for Now”, can you please tell us more about the lyrics of the song “Baby G”? How did you write this song?

TV: Baby G is dedicated to the birth of a baby. The dad (one of our friends) one day told us the story of the birth and the song describes exactly those moments and how were his feelings about that important day. Baby G was an intimate acoustic ballad, then it became a very catchy track, the first single from the album Fine For Now.

RYL: In general, how do you write your lyrics and music?

TV: Well, you can’t explain how to write a song, it’s something unknown, maybe a gift. Sometimes you can start from two or three chords, then the tune and the words, another time you can start from a word or a sentence. We mainly write about our everyday  life, we just describe our thoughts, feelings, doubts, we express our point of view about this strange world.

RYL: You started to have a good success internationally, can you tell us your future projects outside Italy?

TV:  We’re very excited about that, “She’s Lost” is posted on many websites, blogs from all around the world, Europe, America, Australia, Asia,…this is incredible. In december we’ll be on tour in France, Germany, Belgium, Switzerland, Norway, Denmark, it’s gonna be great! We want to play everywhere and for the rest of the next year!

RYL: We listened to your cover of “she said she said” of the Beatles, we loved it! In their psychedelic years, Beatles created a unique sound, very different than the one that made them so famous… how did your sound evolved during these last years?

TV: In the last two years we experimented with sounds, keyboards, guitars and vocals effects and we listened more music on vinyl.  We opened our songs, we took more time to work on the new stuff. Fine For Now was an album strongly influenced by British music, we tried to do an LP full of singles, catchy tunes, short and fast tracks, jingle jungle guitars. She’s Lost and the rest of the album is different; we produced songs made of delays and echoes with surrealistic vocals. We always loved psychedelic pop music (especially 1966-68 era), you can hear something similar in our EP called “Sofa Session”.

RYL: “All I need” has been released together with “She’s lost”, is there any connection between the two songs? Can you tell us their meaning?

TV: Well, they are two different songs. All I Need shows the dark and dirty side of The Vickers. “She’s Lost is inspired by the childhood tales and dreams of a person who’s trying to come back in her past, but she can’t. Her childhood time will never come back, we can say that “She’s Lost” is a song about the shadows of a past time and the troubles of a bad present. All I Need is about a relationship between two people that crave so much to stay together and share feelings but they can’t. It’s a real experienced story about violent hidden feelings. You know, when love is hard and your hands are both “guns” and caresses, and you keep searching the other one still after years.

RYL: You will be in tour this summer or you will dedicate all the time to finish the new album?

TV: No, we just played some gigs to play our new live setlist, one of those with the amazing Night Beats (US), they’re great! In the next month we’ll complete the details of our next album.

RYL: reading the pages of your website we understand that playing live for you is extremely important; how is the relationship with your fans? How have you seen them growing?

TV: Yes we love play live, is the most important thing for a musician. Now we have the new stuff and we want play it live for the next year, everywhere! Our fans are growing day by day, and we have a direct contact with them, we just wanna say thank you to all the people who support The Vickers! Thanks! 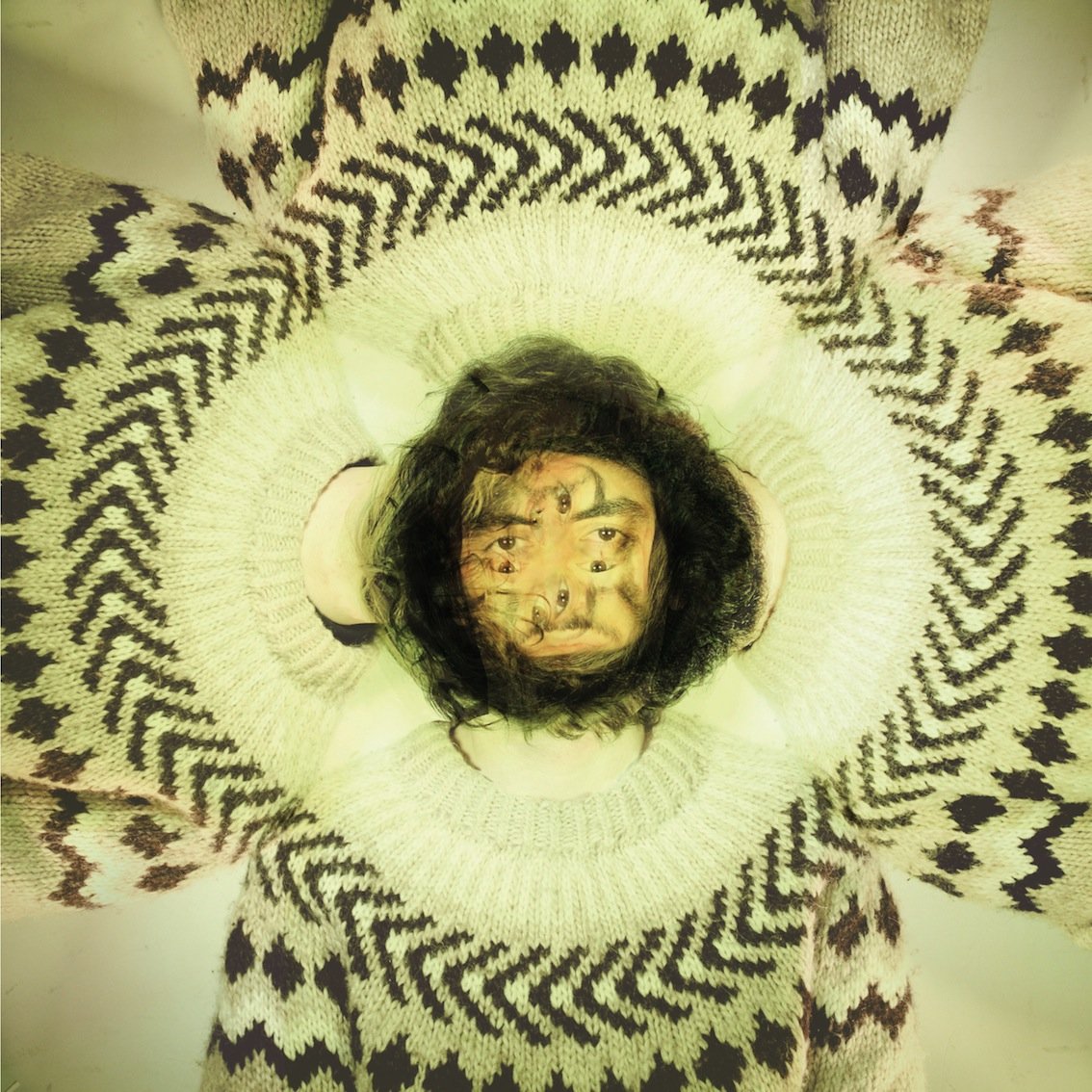