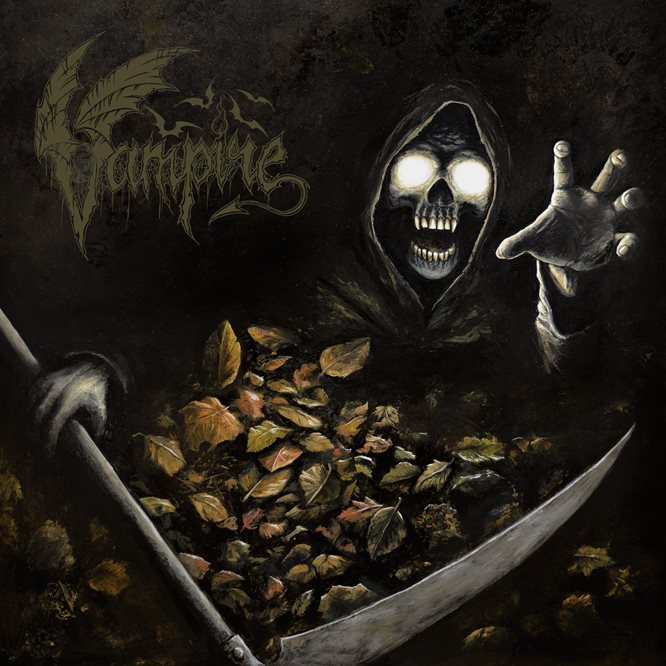 Black String, guitarist of the band Vampire (http://www.vampireofficial.com), answered to our questions today regarding the new upcoming album….

RYL: On March 18th, your new self-titled album will be released. What do you expect from it? What is your main goal?

Vampire: I hope that in twenty years from now, ‘Vampire’ will still be one of those records that sixteen year old death metal fans will be searching for in abandoned record shelves.

RYL: What is the most important thing for writing the lyrics of a song? How do you write your songs?

Vampire: The vocal rhythm is very important to me. Vocals are usually better off when written after the music has been finished. Not less important is, of course, which subjects the lyrics are all about. I prefer lyrics of the self-revealing and impassioned kind, put in a framework where the readers have to interpret certain things themselves.

RYL: “Howl From The Coffin” is the first single released from the new album. Why have you selected this song? What meaning hides behind its verses?

Vampire: “Howl from the Coffin” is quite representative for the whole album. It has a little bit of everything: heaviness, aggression, obscurity– and it ends with a melodic guitar solo.

As for the lyrics, they are a part of the standard subject on the first Vampire album: graveyards and tombs.

RYL: Have you already planned a summer tour? Will it start from Sweden? And then?

Vampire: We haven’t planned any tours at all right now. However, we have announced gigs with Miasmal and Morbus Chron in Gothenburg and with Antichrist and Tribulation in Stockholm.

RYL: Tell us the best verse ever written by you?

Vampire: I wrote a particular phrase for another band fourteen years ago which goes like this: “With metal of evil and symphonies of hatred, we shall execute them at the throne of the lord”.

It’s a very primitive line, but I’m still pretty satisfied with it since my intention was just to make a tribute to the Brazilian death metal scene around 1986.

RYL: “Under The Grudge” was released few days ago, can you comment about its lyrics?

Vampire: The song originally had another title which our singer changed into “Under the Grudge”. It’s pretty obvious where the whole subject matter derives from.

Vampire: Metal means power, passion and glory. I started listening to metal music around 1991 as I discovered Metallica and their likes.

RYL: What is your biggest desire, musically speaking?

Vampire: To outdo myself completely.

Vampire: I usually don’t do those silly average man-things if I can avoid it.