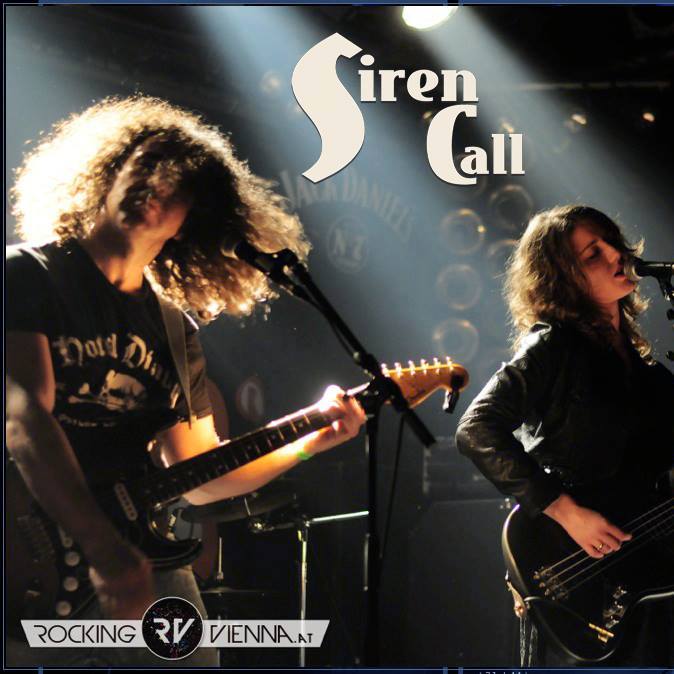 RYL: When you will release a new album/ep?

Siren Call: We have a bunch of songs currently in production, so in 2015 we will be releasing some new material!

RYL: Tell us everything about the song “LA CRASH”

Siren Call: LA Crash is a song we wrote during our West Coast Tour in 2013.

Our final concert was at the Whisky a GoGo, so LA Crash is an authentic LA baby!

This song is dedicated to the magic of Los Angeles, where reality and fantasy collide and anything is possible! LA has embraced us with open arms and every time we come back the love multiplies!

Lyrically I use a lot of symbolism and metaphors, which isn’t surprising as I’m influenced by artists like Jim Morrison and Kurt Cobain, who are known for their “strange” lyrics.

I love to leave my lyrics open for interpretation and get a kick out of discovering new meanings myself.

As for a common theme, I would say it’s the full spectrum of human emotions, especially the darker ones. I often find myself drawn to the meeting of extremes, like reality/fantasy, dark/light, strength/vulnerability and sanity/madness. 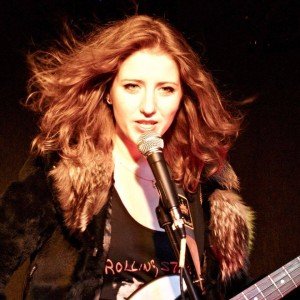 RYL:  You are from Austria right? What LA means for you?

Siren Call: I am originally from Bulgaria, but I’m currently living in Austria, yes. I’ve always felt a connection with LA and its culture.

LA bands like The Doors, Red Hot Chili Peppers and Jane’s Addiction, to name a few, have always been close to my heart. LA is the city where modern myths are created.

We are Siren Call, inspired the Ancient Greek myths and in the world today Hollywood is the ultimate mythological playground. Reality and fantasy thrive together, creating a world where individuality is celebrated.

LA is all about contradictions and it is contrasts like superficial vs. meaningful and glamour vs. brutality that are especially inspiring to artists.

Siren Call:  I have a journal where I write all of my poetry and often times the poems turn into songs. I like to keep it old school haha!

Sometimes I come up with a simple riff on the guitar and make the basic song structure, then the rest of my band do their magic on arrangement.

Other times the others come up with the music and I build a song on top of that.

RYL: What is behind the verses of “JUST A MAN”?

Siren Call:  In “Just a Man” we pay homage to the golden era of rock’n’roll. The opening riff reminded me of my favorite movie “Almost Famous”.

I felt compelled to write a song about the fans, especially the girls behind the music: the infamous “groupies”. “Just a Man” goes out to all the Penny Lanes of the world. It’s interesting to explore this theme from a female perspective.

Siren Call: I have to feel emotionally charged and inspired. I never was into “background music”.

If I’m making music, I go all in, sort of like a method actor and relive the experiences behind the songs. I really enjoy even the darkest of songs in a sort of masochistic way.

For me it’s a form of catharsis: turning negativity and destruction into something beautiful and creative. This is what music is all about for me.

Siren Call: Wow, this is a hard one, depending on my mood I like different verses I wrote.

Right now I’ll go with a verse from “Comfort Zone”:

Fake is the new real.

Siren Call: I wrote a song a few days ago, while I was still in LA, which nobody has heard yet, not even the rest of the band.

It’s called “Tar” and is once again inspired by some of my experiences in LA.

Siren Call: We just completed a 3 week Sunset Strip mini tour, including performances at The House of Blues and The Whisky a GoGo, where we played with amazing bands including Owl, PHILM and Barb Wire Dolls.

It was truly inspiring!

Owl is an alt-rock three piece like us with the incredible Chris Wyse on bass/lead vocals. As a vocalist/bassist myself, watching his magical performance was live-changing!

Also stay tuned for an unexpected recording we did in LA, that we’re very proud and excited about!