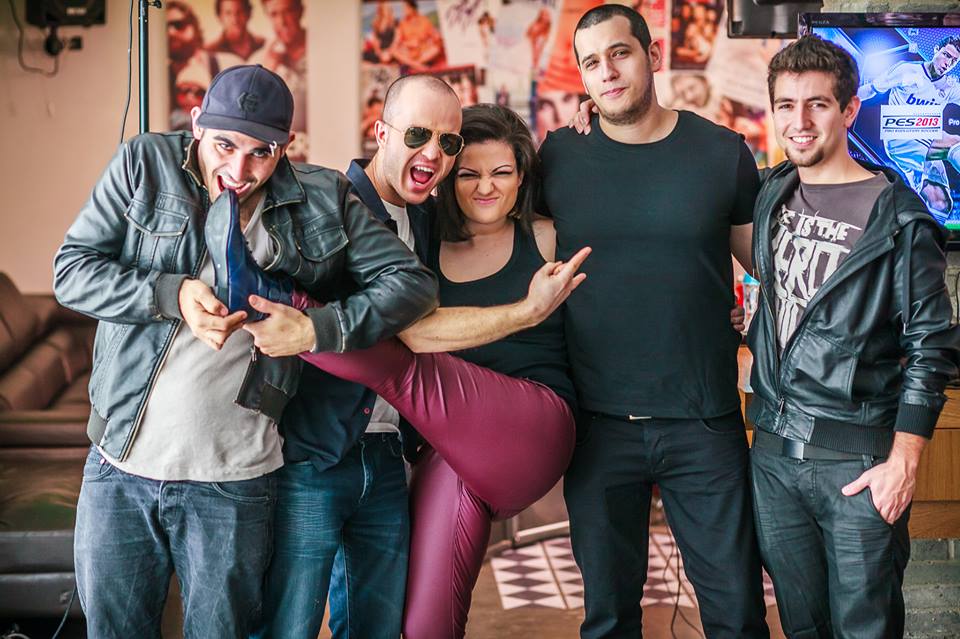 INTIMATE GETAWAY – Interview with BETWEEN FALLS

RYL: “Intimate Getaway” is the name of your album, which was the main difficulty you encountered writing it?

BETWEEN FALLS: Victor: The difficulty was less in the writing process but rather in the production process. The songs were ready for the album in their most ‘naked’ version, using an acoustic guitar only.

At first we tried to self-produce the album, but quickly figured out that we need an ‘outside the band’ musician to make it something extraordinary. We talked to many producers, each having his own vision of our music, but only when we met A. Sh. that we realized what our music should sound like. Eventually, we can say that finding a good producer was the most difficult stage in recording the album.

RYL: Have you done already few gigs ? how was the reaction of the fans to the new songs?

BETWEEN FALLS : Grace: Our line-up has changed a few times, therefore in this current line-up of musicians we haven’t got to play live yet. But we have our debut show in a couple of weeks, so we’re really excited about that.

As far as people’s reactions to the new music, I heard a lot of positive feedback so far, even people who don’t like rock music so much seemed to really enjoy our ballads, which is pretty cool.

I think people understand we’re trying to bring something a little different to the table.

BETWEEN FALLS : Victor: It usually starts with playing some nonsense on the guitar. A chord, a riff, whatever comes. And then suddenly you think – “hey, it’s pretty cool, that might be a start of a new song…”.

And then it’s just a matter of hours till the song is done. Usually, music comes first. Chords, riffs, vocal line… Only after that the lyrics are written, usually about some recent events that happened to us or our friends, or some general topic, love, hate, happiness, misery…

RYL: Tell us everything about “Alive”….

BETWEEN FALLS : Grace: It’s about coming out of your shell… I think we can all get kind of lost in our routine, just living day after day without taking any risks because we’re scared, scared to try and live our dreams, scared of what people might say, or scared of failure.

So it’s about finally saying “enough is enough” and being who you want to be.

BETWEEN FALLS : Victor: The last song that was written for the album was “Take Me Home”. The inspiration for it was actually coming from a song by Alter Bridge – Ties That Bind.

We wanted to write some powerful and edgy song, that talks about the struggle in relationships – love, hate, betrayal. The chorus though is quite happy and promising: “Take me home, stay with me tonight, Carry on, the best has yet to come”. 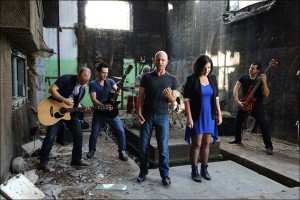 RYL: Do you remember the day you wrote “Empty”?

BETWEEN FALLS : Victor: Most of the songs were written a few years ago, so we can’t really remember the specific day, but we do remember the atmosphere. It was frustration of how sad and cold people in this world can be, but we wanted to write about a slightly different perspective.

Empty has a very positive meaning in our opinion. We ask a rhetorical question, like “what if no one could love anyone?”. And the answer is, had it happened “we would all be empty”, implying that, in fact, we do love, we all do have a place to run to, our soles can save us and we are definitely not empty…

BETWEEN FALLS : Victor: Between Falls is a brand new project, so as we mentioned before our debut show is soon to come. But we all performed in some other projects. Last year Grace had a great cover show for some awesome metal bands, like Avenged Sevenfold, Korn, A Perfect Circle. It was pretty sick cause there were such good energies.

Some of the other band members (Idan the bassist, Simon the male lead singer, Victor the guitarist) had been playing together a few years ago in a band called Sixth Sense, where, in fact, most of the songs were the songs from Intimate Getaway. We had a few pretty awesome gigs back then.

RYL: Which was the best Rock song ever written?

BETWEEN FALLS : Grace: Wow..that might be the hardest question I’ve ever been asked!

From the top of my head without too much thinking I’ll say there’s Korn- Freak on a leash, Alice in Chains- Them bones, Lacuna coil- Swamped.the list is too long.

BETWEEN FALLS : Grace: I’m a huge fan of lyrics that are very direct and dirty, the kind that can really shock you. That’s why I’m a big Nine Inch Nails fan. The song “Closer” is probably one of the best lyrics I’ve ever heard. You can just feel raw emotions with no sugar coating.

Victor: I would say that my favorite is “When I’m Down” by Chris Cornell. The lyrics are so genuine, so sad and yet so loving, I can really smell his breath as he sings the song to his loved one. 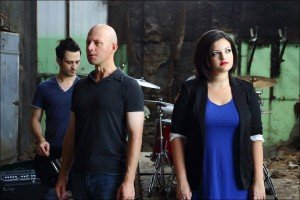 RYL: Tell us about “Addicted”?

BETWEEN FALLS – Grace: well..you know how love is.

When that love becomes a huge part of life, once he’s gone, for a while you feel like everything is meaningless, and loneliness takes over everything.

Kind of feels like the end of the world…until you find your new addiction.