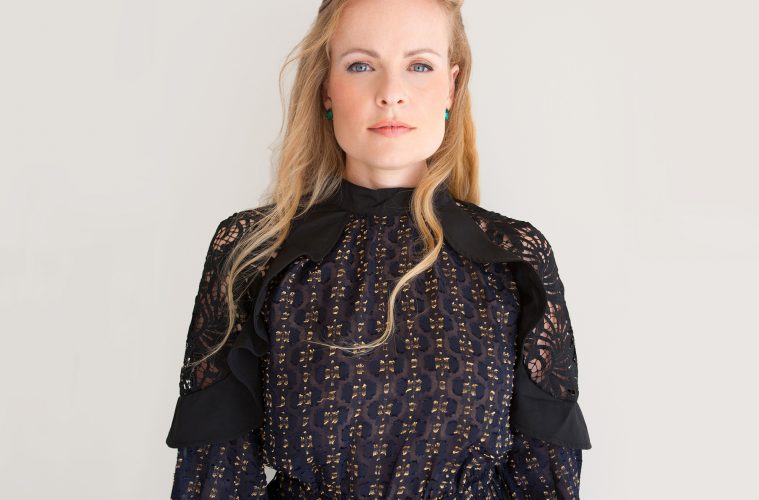 Into The Blue – Interview with Alice Wallace

How do you usually write the lyrics of your songs?
It varies so much from song to song. Usually I do come up with the melody of a song before I start writing the lyrics, but a lot of times, I’ll at least have one good line before I start writing anything. Being in a quiet place is also key. I find that late at night just before I’m going to bed and the house is quiet and dark is one of the best times to work through words in my head. Or if I’m on a long drive by myself – just me and the sound of the road for hours helps me get my thoughts clear enough to start writing lyrics.

In your opinion, what is the most important thing in songwriting?
I think the thing I have to remind myself constantly is not to try too hard. As soon as you “try” to write a great song, you’ve set yourself up to fail.

Are you ever scared of revealing aspects of your personal life/experience to strangers through your music?
Actually, that’s never been very hard for me. Because I feel like most of the strangers I will be singing for have been through similar experiences. The only time it gives me pause is when I’m singing about someone in particular and I worry what it might mean to them. But ultimately, I write songs for myself.

What is the best lyric that you ever wrote (the most meaningful for you)?
I think my favorite lyric to sing is in my song “A Traveling Song” from my last album. And I don’t know if it’s the best lyric, but it’s the lyric that I can watch resonate with the audience every time I sing it.
“The only true thing that we have in this life, is the chance to wake up in the new morning light.”

What inspired “The Blue”, part of your latest album “Into the Blue”?
I wrote that song on New Year’s Eve as reflection on my decision to quit my job and dive headfirst into my dream of playing music. It has been a journey of so many ups and downs, but I wouldn’t trade it for anything. And with that song, I wanted to encourage other people to “sail away into the blue” after whatever might be calling them. Life is so short, and it’s worth the risk.

Do you remember the day you wrote “Desert Rose”?
I actually remember writing this song very vividly. This song came from a story I heard in El Paso one night about a woman who had come across the Mexican border in the night and had her baby on the floor of a gas station bathroom. I had been spinning that story in my head for months, so shocked and saddened by it and not sure what to do with it. And then later that year, I was all alone on a Texas ranch after a songwriting weekend, and this huge storm came through. The storm was so powerful it actually ripped the metal off the chimney on the main ranch house a quarter mile away. So I sat in that cabin by myself, listening the wind throw things at the roof, and I started putting together the story of Desert Rose.

Is there a link/a common theme among the songs of the new album?
It wasn’t intentional, but when we went to put the album together, I realized how I found myself with an album full of songs that reflected what I had seen in the world in the last few years. They are songs about California, and the southwest, and the issues we’ve all watched unfold in this country. There are too many important things going on right now to ignore them, and I found that’s where my head was in writing these songs.

What is the best suggestion your producer gave you?
Trying to relax when I’m performing in the studio has always been my biggest struggle. On stage at a live performance, I find myself moved by the audience, and it comes so much more naturally. But I can’t help but want to give a perfect performance when it comes to recording something people will listen to over and over again. So my producers KP Hawthorn and Steve Berns have been good about reminding me that it’s not about perfection – it’s about being honest.

What are your plans for 2019?
The new album was released only a week ago, and we’ve got big plans for touring this year: Sundance Film Festival, SXSW, tours through clubs across the U.S., as well as a UK and Europe tour coming together for the fall. I’m so excited to get on the road with these new songs that I am so proud of.