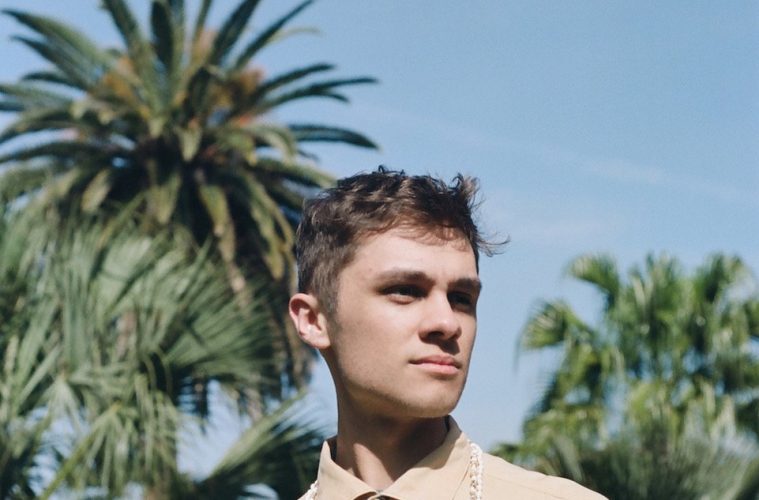 Into the Blue – Interview with Micah Manaitai

I have one super long notes doc on my phone and a physical journal. The notes doc has every sentence, set of words, or line that I think up. When it comes to the journal, I generally pick lines from all over that notes doc and see what fits together to make a song. From there, I just kind of smooth out the wrinkles and try and make it cohesive.

I believe emotion is the primary currency in songwriting, it’s what makes music such a powerful form of communication.  Accessing your emotions as a songwriter and being intentional about how you convey them is the most important thing.

Are you ever scared of revealing aspects of your personal life/experience to the strangers through your music?

Not particularly. I think vulnerability provides a platform for the deepest connection between a listener and a song. As an avid listener myself, I have noticed that other artists’ vulnerability was an effective tool for them in writing rewarding material. In particular, in the past I’ve found that my most brutally honest lyrics, or the ones that don’t treat a topic delicately, are the ones that people talk to me about the most as affecting personally.

I had the line “voila violence / colonial care is simply the finest / so I best just shut my mouth and close my divining eyelids” which was my proudest snarky line at the time. I thought the attitude and sarcasm and it made it compelling and funny. Plus, I remember being super excited about the internal rhymes.

What inspired “She Calls Me The Moon”, part of your latest album ‘Into the Blue’?

‘She Calls Me The Moon” was inspired by someone I have a deep respect and admiration for. I used our correspondence as a kind of jumping off point the story of the song, and with the key lines in place it just kind of wrote itself. Musically, I started by writing to a sample of Robert Randolph shredding on pedal steel guitar, but I ended up replacing that with a plain old guitar. I think it tells the story a bit more in the way it should be heard.

Do you remember the day you wrote “Inner Voices”?

Ooh, I did not write ‘Inner Voices‘. My version is a cover, originally done by Guam legends Marianas Homegrown. But I remember the day I heard the song for the first time! I was driving with my dad and he said “This is my favorite Chamorro song of all time,” and I immediately understood why: the storytelling and performance totally transport you and bring you to a place of real peace.

When you will release a new album/EP?

Good question. I think when I have something to say in a set of songs, I’ll put something out. Demand for new music in general is so low and supply is so high.  I feel it’s counterproductive for me to put anything out until I feel that it’s urgent for people to hear it. I think that’s what makes hearing new music exciting: that the artist believes that you need to hear it. I have yet to feel that with specifically a set of songs.  That said. I hope to keep releasing singles a couple of times per year until then.

I haven’t worked with a producer yet, I just watch Red Bull Music Academy lectures. There’s a gold mine of producing knowledge in there, particularly for understanding process and how it changes for every song or project. They have all sorts of artists talking about the strategies and techniques that help them through creative blocks. Every time I have an issue, I take one or two of the tools I haven’t used yet and try them for myself in combination with things I know work . Maybe the most influential lesson I have watched was D’Angelo’s 2014 lecture. He talks about being on the phone with Prince who told him to not think while he was making. I try and keep that in mind every time I sit down with my ukulele.

My plans are to keep a consistent work ethic, to keep searching for that song that I feel really needs to be put out. Maybe we have a video, maybe we have another song, but I’ll definitely be working on my live performance. That’s a big thing to look out for in the next couple of months.