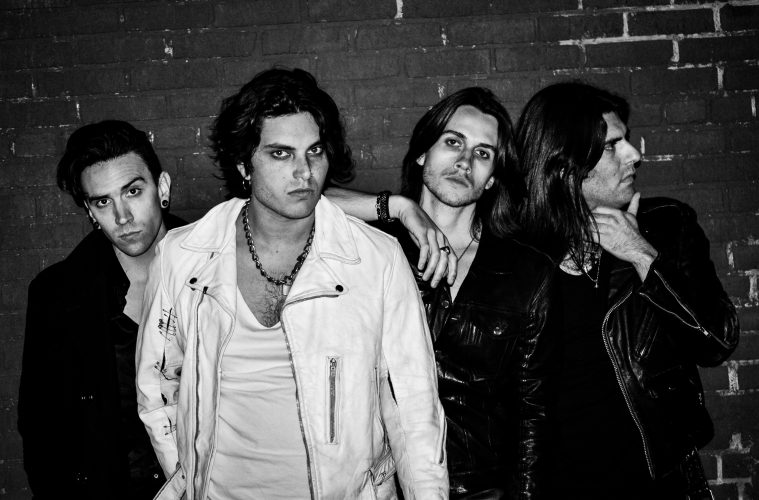 Into The Blue – Interview with NEXT CItY

Today we discussed about songwriting & the future of the band with NEXT CItY. Make sure to check out their videos and their Kickstarter campaign: https://www.kickstarter.com/projects/nextcity/next-city

SAM: Honesty, and just being genuine, don’t try too hard to be someone else, don’t judge yourself too hard just let it flow out honestly and usually good things happen, if the song ends up not as great as you wanted at least you got it out.

SAM: Absolutely, sometimes you want to just say it how it is and be transparent, but sometimes you have to disguise it a bit, but the beauty in disguising words in an interesting way is it leaves room for the audience to attach their own personal meanings.

SAM: That’s a hard one, I love the lyrics for “Blue Star” I like the line where from the perspective of Hollywood I say ‘your dreams are how they pay us and I promise that’ll never change‘. So true to Hollywood. I also have an older song simply called “blue” and I love those lyrics too, the main line is ‘I just keep turning those hazel eyes blue‘ meaning sadness and I just love that line.

SAM: Lyrically ‘Blue Star‘ is really about Hollywood and how it harbors so many dreams and so many nightmares at the same time, so the lyrics are form the point of view of Hollywood. If Hollywood could speak, it’s trying to entice you as well as haunt you and you can’t have one without the other. Musically I personally just wanted to make a song that could have a very rock attitude but be just as dance-y as a disco track.

Do you remember the day you wrote “Tell Me”?

SAM: I don’t think it was just one day, but I do remember the process, Philip had written all these great riffs that were very heavy but still had a very hip-hop pocket to it, he showed it to me and melodies just starting coming out, and then when the chorus hit I don’t know, I just starting singing ‘tell me what you like tell me what you need I’ll be anything you want’. I was very frustrated with my love life at the time and that is very literal, just give me the answers essentially.

P: I remember I wanted to come up with a super simple one note guitar riff/rhythm that the drums could follow with a simple kick and snare pattern. The guitar riff in the chorus came to me quickly after. I showed it to Sam the day after and he came up with a vocal line for the chorus and verse right away and the song was born.

Are you working on a EP/Album?

SAM: In my mind I don’t really think album or EP. I just take it one song at a time, it’s definitely a goal to be able to make a super cohesive album that has a journey front to back, and we will, when or how we will as of now is yet to be seen, but it’s definitely in our future.

SAM: Well I personally love big natural sounding funk hand claps on all our recordings and I think Eric Corne (our producer) has helped us make our songs more dynamic by knowing when to bring out the dance claps and when to save them.

SAM: Keep writing better and more ambitious songs, play a slew of shows, and make some deals for the future.