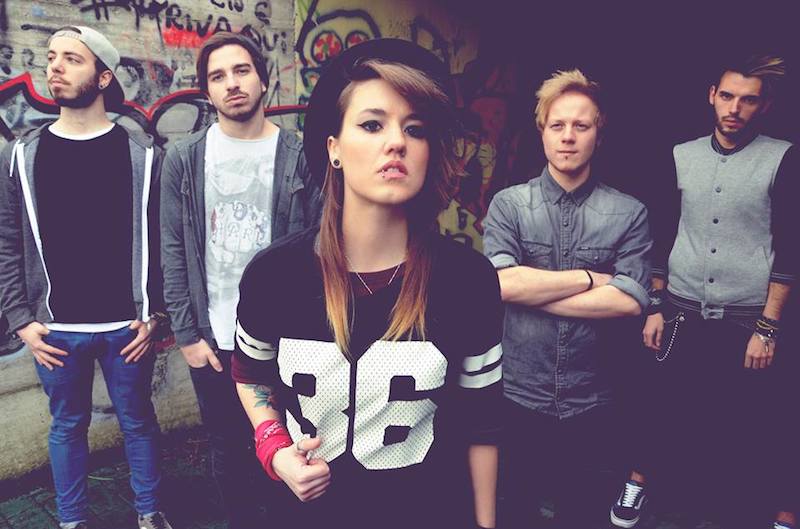 IS THIS GROWING UP? – interview with OVER

RYL: You are going to release your new album “Is this growing up?” in few weeks…. What makes you particularly proud of its release?

OVER: We are more than proud by releasing our debut album “Is This Growing Up?” because it’s the product of moths spent working in the studio, and it’s the result of our sacrifices. In it people will definitely find a maturation on a musical level, comparing to our older material. 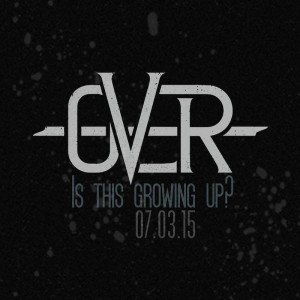 This has happened without losing the authenticity and personal stamp that characterizes who the OVER are. We are really satisfied with the results, and hope that the public can appreciate all the hard work we put in over these past months.

RYL: What inspired your last single “The Promise”?

OVER: (Linda): “The Promise” tells the story of my past. When I was 15 years old my dream was to be a part of a band; at that time my goal seemed impossible to achieve because I’ve lived in a small town where no one had my own dreams and I didn’t meet anyone who was interested in playing in a band. Furthermore I didn’t truly believe in my capabilities.

I confided this to my friend, and he made me promise to fight to achieve my dreams and helped me to believe in myself again. It’s also thanks to him that I made it here today.

RYL: Do you remember the first song you wrote?

OVER: (Linda): Sure I do! It has happened a long time ago, when OVER dind’t even exist. Its title was “I Will Rise”, it was an angst-filled melodic song but listening to it now it makes me realize how much I’ve grown up. At that time I was really unskilled and naive.

OVER: (Linda): I usually get inspired by things that has happened in my life, by situations, and by how these situations make me feel; sometimes I’m also inspired by just listening to something new that gives me new ideas.

Then I start writing a new song and I put all my feelings in it.   I also try to listen to other music genres that I’m not used to listen to. These “efforts” are actually useful sometimes and help me to write some new stuff.
RYL: Do you remember the day you first met?

OVER: There isn’t a specific day in which we met. Before the OVER was born we had complete different lives, but thanks to the band and the common passion for the music we’ve become friends.

RYL: Growing up is Giving Up?

OVER: Absolutely not! If it was like that we wouldn’t be there chatting with you because after all we’ve been through as a band we could have given up already!

Our meaning of “Growing Up” is about asking oneself if the more we go on with life and it’s journey that the harder and more tiring it gets. Looking back, everything seemed so much easier when we were young and carefree.

Growing up, we are faced with ongoing responsibilities, and the walk ahead of us seems ever the more fearsome.

RYL: what does mean being Punk in Italy today?

OVER: Being Punk, playing in an alternative – underground band in Italy means struggling. Nowadays just talent shows in Italy have the public approval and follow (and this means just popular italian music. No english, no alternative music).

That’s a shame because for underground bands it’s really hard to emerge and being noticed.

OVER: The best gig we have ever done by now was the one at Vidia Club in Cesena. It has been really exciting, but I’m sure that the best one hasn’t happened yet!

We have seen many amazing shows and each one has its own magic: it’s impossible for us to choose between them.
RYL: What are you planning for 2015? A new tour?

OVER: Not just one but many! Here are some of our plans for 2015: ITALIAN TOUR: March 7th – April 18th UK TOUR:  April 25th – May 1st EUROPEAN TOUR: May 29th – June 6th Furthermore other 2 singles from our new album “Is This Growing Up?” will be released during 2015.

OVER: Our debut album “Is This Growing Up?” has been recorded and produced by Francesco Catitti at “The God And The Machine” studio in Rome (IT).

OVER: Probably we practice too much. We always end up so tired that we can’t wait to go to sleep. But we can’t help it, music is our strenght.

OVER: Giving up to our own jobs and all the certainties we had for hitting the road with the band even if this may lead us to anything. That is the only way to make our dreams come true and we really believe in it.