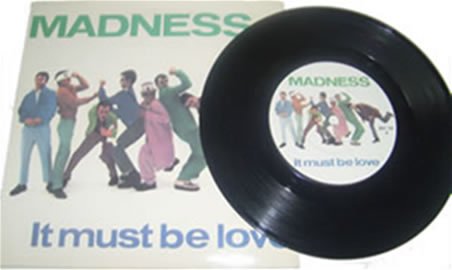 It must be love

Defining the style of madness is very difficult; in fact the band is mixing a lot of different genres like ska, reggae, pop, new vawe.

Their name, in fact, comes from a very famous ska artist Prince Buster and “Madness” is the title of one of his songs.

Madness are originary from Camden Town near London and have been created in 1976.

Like most part of the bands, even Madness went trough a moment of hiatus, it happened from 1986 till 1992.

In 1982 the band released for the first time the song “it must be love” a cover of Labi Siffre, a british poet and musician.

This song is a message of love that generates all positive things, it is a desire to be near to the most important person of your life.

Madness, for their cover will receive congratulations from Siffre that loved it.

The song was re-edited ten years later in 1992 and its success was the sparkle that made the reunion of Madness possible.

Definitively “It must be love” brought luck to the band……