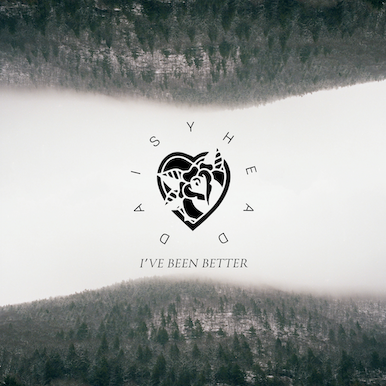 rockyourlyricsDecember 3, 20180 views
Rock Interviews0 views 04 min read
How do you usually write the lyrics of your songs?
Lyrics typically come to me in moments of contemplation, or when I least expect them. I wish I had the power to sit down, say I’m going to write a song, and then formulate anything cohesive.  Unfortunately this lengthens the songwriting process, but I feel like that’s personally my most honest way to write.
In your opinion, what is the most important thing in songwriting?
I feel like the most important thing in songwriting can often times be the final touches.  Whenever you have your foundation for a song, it’s imperative to make everything shine and really highlight the base of the song.
Are you ever scared of revealing aspects of your personal life/experience to strangers through your music?
Honestly, yes. I take pride in putting my most vulnerable thoughts out there for the sake of encouraging others not to bottle their emotions. Although, I get anxious about wondering if I’ll come off as annoying or weak when I’d love to appear strong and confident.
What is the best lyric that you ever wrote (the most meaningful for you)?
I think I’m the most proud of the lyrics I wrote for Making Me Feel Safe. “I don’t want to go on thinking every breath I take is a mistake. I want to be where there are trees and mountains making me feel safe.” I just feel at peace every time I sing it.
What inspired “Making Me Feel Safe”, part of your latest EP “I’ve Been Better”?
“Making Me Feel Safe” is a song about me taking a hiatus from the band and learning to find meaning outside of the band, and get to a better place mentally. That was by far the hardest decision I’ve ever had to make. I don’t know if I’ll ever get back to where I was with my drive to play and tour.
Is there a link, a common theme among the songs of the new EP?
There isn’t much of a theme between the songs, but they were both written from the same sense of moving on from overly self-identifying as Daisyhead. These songs helped me move on from where I was to where I am now.
Do you remember the day you wrote “In Case You Missed It”?
Like I stated above, my songs formulate over time, so I can’t exactly remember the day the words came to mind, but I do remember singing the chorus to myself while driving a forklift at my old job, trying to formulate verse melodies.
What are your plans for the upcoming months?
We are taking these coming months to release this EP and raise money for a non-profit that benefits suicide prevention and mental health awareness.  We’ll be playing a comeback show as a celebration.
To conclude the interview a short Q/A session, please answer the first thing that comes to your mind: