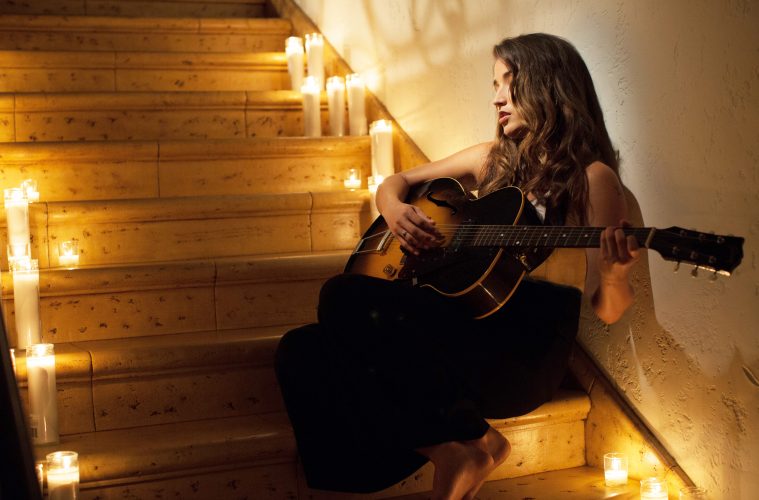 Today, Jade Jackson is excited to share “Secret”, a song that came to her in a sudden moment of inspiration while driving in her central California hometown. Listen to it HERE.

“Secret” tells a story of addiction, loss, and the heartbreak that accompanies not just death itself but of a failure to fulfill dreams and to escape the tethers of home. As Jackson’s gorgeous voice belts out the chorus of “All the walls inside me fell down / I don’t want my bones to be buried in this town,” know that the emotion, just like the story, is real.

“That chorus came to my mind first,” she says, “and I started screaming it, like I was channeling the person in that song. A lot of little feelings that hurt me, or that I have suppressed, sometimes pop up when I sing. If you push a buoy down in the water then let go, it shoots up quickly. Sometimes that happens with sadness in my songwriting.”

“Secret” is the second track to be made available on Jackson’s sophomore album ‘Wilderness‘, set for a June 28 release on ANTI- Records. On ‘Wilderness‘, Jackson casts a light more focused on her own life than ever before.

‘Wilderness‘ – like ‘Gilded‘ – was produced by Mike Ness of Social Distortion, the SoCal punk rock legend who essentially plucked Jackson from obscurity several years ago and helped hone her craft and sound. Jackson calls Ness “a master of feel and rhythm” and credits him with showing her how to invoke more of those calling cards in her new work, in addition to those countless tools now in her arsenal that they developed together over time. As the pair’s working relationship continues to evolve, Jackson recognizes that Ness has become more open to her input while she herself has gotten more hands-on in the studio, a process that ultimately resulted in delivering the sound for which both parties were striving.

“The message of Wilderness is in how to get through all those tough situations—if you visualize yourself somewhere, all that good energy and intention can get you where you want to be,” Jackson explained.

“That doesn’t happen if you have doubt or fear; in the wilderness, it’ll get you eaten by a lion. So you have to figure out how to get through it. There are always solutions if you’re open to them.”