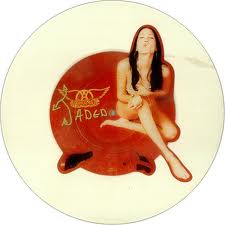 How many times you ended up on a relationship where a person is “jaded” by the other one?

As it happened to Steven Tyler (and Marti Frederiksten) in 2000 when they wrote the song “Jaded” , released as first single of the album “Just Push Play”.

The lyrics are clear, they talk about a relationship that is going to end, she is jaded ( worn out, lacking enthusiasm ) and he notices it, but at the same time he admits his mistake…….it was him that JADED her……..

How would have it been if he did act differently? he still loves her…..

Despite the fact that Steven never explained publicly what he was referring while writing this song, there are so many other interpretations than the one we just gave you….

Some people say that she is jaded because she can’t get out from drugs (and he was guilty of bringing her in to it), some others are saying that she is unreal, that “she” is  “the music”  that became jaded.

what about your version ?