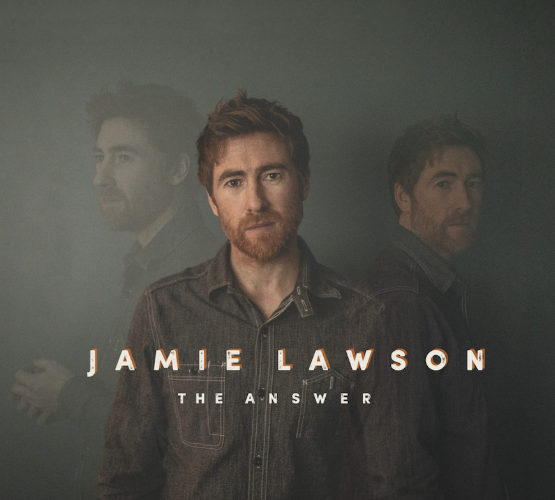 Acclaimed singer-songwriter Jamie Lawson returns with his brand new single ‘The Answer’, via Gingerbread Man Records/ADA. The first track taken from forthcoming studio album ‘The Years In Between’ (out 29th March), it’s a rhythmic, truthful love song co-written with Ollie Green (Freya Ridings, Gavin James), and offers a perfect taste of what’s to come from Jamie in 2019.

On the creation of ‘The Answer‘, Jamie said: “I was on a train from somewhere to London listening to a lot of instrumental music when suddenly the idea for this track came to me. The lyrics started flowing and by the time I reached the studio where Ollie Green was, I’d written most of the song. As it progressed, what I thought might be a tender love song transformed into a fun, indie bop!”

In his armoury, Jamie holds an international hit single, a Number One album, an Ivor Novello Award, 238 million combined digital streams, 28 million YouTube views, and a huge social media following. As the first signing to Ed Sheeran’s Gingerbread Man Records, his single ‘Wasn’t Expecting That’ became a hit around the world, selling over a million copies worldwide.

This year will see Jamie release his fifth studio album, ‘The Years In Between’, before playing twenty shows across the UK & EU, stopping off at London’s O2 Shepherd’s Bush Empire on May 2nd. Fans can secure tickets HERE and pre-order the album.

2019 looks set to be yet another incredibly exciting year for the singer-songwriter.