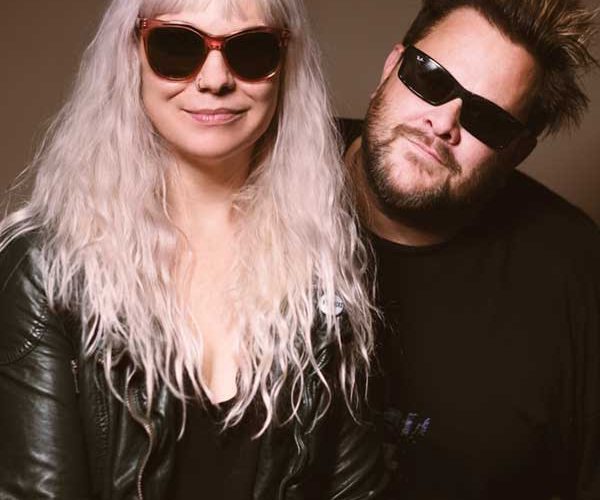 Continuing their latest musical journey together as a duo after many years as friends, Bowling For Soup frontman Jaret Reddick and the bass slingin’ Dollyrot Kelly Ogden – aka Jaret & Kelly, are delighted to have released their debut album ‘Sittin’ In A Tree’.

Their musical adventure has taken its latest twist with the second single from ‘Sittin’ In A Tree’, the hook filled ‘Doin’ Alright‘! Check out the animated video for the track right here:

Here’s Jaret Reddick on how the video for ‘Doin’ Alright‘ came to life:

“Kelly and I spent so much time together making this album…Then it was time to make a video and we were both like, “Holy crap, I’m on tour, in the studio with my other band, and chasing children around like crazy!!! When are we going to make a video?!?!” (We literally said that exact group of words at the same time! Not really)

But yeah… Things were crazy when we finished this album to say the least, so time was an issue. So I was like, let’s animate! I went to Fiverr and found a dude. We wrote a treatment and waited! And here it is! I personally think ALL videos should be this easy and fun!”

The new album, ‘Sittin’ In A Tree‘ is available right now for you to buy and stream at all good outlets, check it out at:

Friends and tourmates for over a decade now, the road buddies, Jaret and Kelly, have collaborated many times before, including their covers record One Big Happy and a duet single “Love Ya Love Ya Love Ya,” and not to mention countless times sharing the stage with each other.

Most recently the twosome recorded the theme song, Those Were The Days,” for ABC-TV’s new sitcom, “Schooled,” a spinoff of the highly successful 80s sitcom, “The Goldbergs,”. 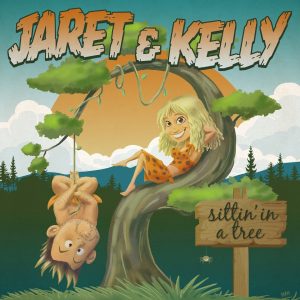