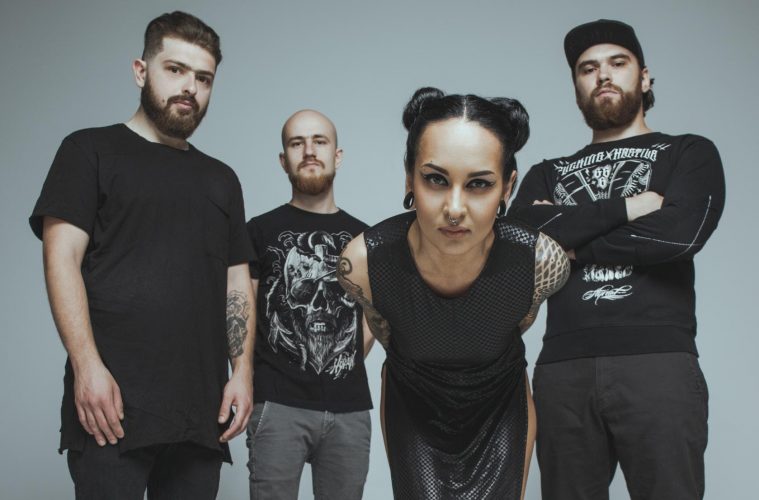 One of the hardest working bands in the heavy metal landscape at the moment, Ukrainian juggernaut JINJER have released a 4th video single “Teacher, Teacher!” taken from their critically acclaimed 5 track EP entitled ‘Micro‘, released via Napalm Records in January 2019.

Filmed in various concert venues throughout Europe on their last tour with Amorphis and Soilwork, “Teacher, Teacher!” is a visually stunning portrayal of JINJER’s exciting and energetic live show mixed over the unique Progressive Groove Metal sound that sets them apart from the rest of the pack.

The band comments on the new track & video “Teacher, Teacher!“:
“The idea behind the song is about people that dictate their agenda by means of their status, position, or just their internet claim to fame in order to impose their opinion onto others but those opinions aren’t based on experience nor knowledge.”

JINJER are currently booking more tours on their quest for world domination with dates already announced in Japan, Turkey, South Africa and Europe.

Check out “Teacher, Teacher!” here & make sure to take a close look at all upcoming tour dates listed below: