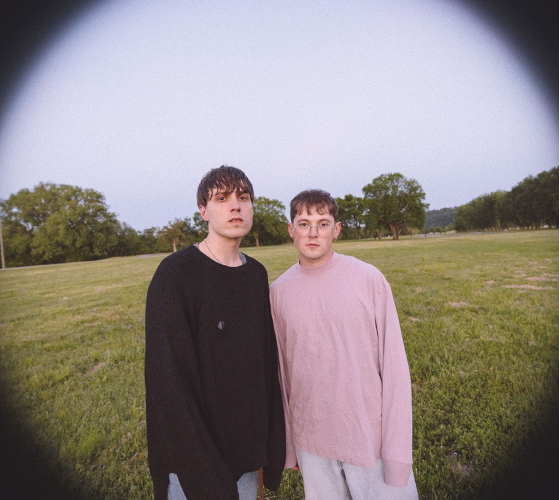 The only thing as exciting as joan’s most recent EP “cloudy“? An epic 2.0 version! “partly cloudy” is essentially “cloudy” reimagined- and damn is it good! “partly cloudy” is set to hit December 3rd via Photo Finish Records and features new versions of every track from the “cloudy” EP. “The guys offered up a first taste with their vibey “want u back (chilled)” a few weeks ago, and you can listen to “cover girl (chilled)” today HERE.

joan (Alan Benjamin Thomas and Steven Rutherford) have spent the past three years building their musical empire, single by single – tour date by tour date (and their live shows are intoxicating! Get a little taste in the video for the original version “want u back” below!) They’ve won hearts internationally by doing what they do best, bringing joy into our lives through their super unique take on alt pop that ranges seamlessly from dance party in your living room to soaring ballads infused with the sweetest hint of 90’s R&B influences.

The two first met playing a show together while in different projects and became fast friends. 2019 was a landmark year for the guys, their debut EP, “portra“, was streamed well over 50 million times. The guys spent much of the year on the road with major US and international tours supporting the likes of The Aces, Flor, MisterWives, COIN, Bloc Party and Jeremy Zucker. Fall was spent in Asia playing a 7-date run in the Philippines (alongside HONNE), followed by major festival dates in Thailand, Singapore and Hong Kong. They also announced their debut headlining tour, and early 2020 saw the guys playing to sold out crowds in every. single. market., not to mention the thousands of fans who tuned into their livestream show in August! The “cloudy” EP hit this summer to much acclaim and has been streamed well over 10 million times.

Photo Finish Records is an independent label with various multi-platinum success stories. The label was started by Matt Galle and Mike Marquis, both of whom have been named in Billboard’s 40 under 40. Photo Finish Records initially had massive success with 3OH!3 and built on that success developing the careers of diverse artists including Marian Hill, MisterWives, and The Mowgli’s. This last year brought incredible breakout success with the band SHAED, whose song “Trampoline” (2x platinum US + a dozen other international certifications) was the #1 Alternative song on the radio in 2019, and hit highs of #4 Pop, #3 Hot AC, and #1 Dance. 2020 looks to be an even bigger year for Photo Finish with the debut album from SHAED and releases from guardin, ROZES, Handsome Ghost, and new acts Elliot Lee, Lakeview, and their latest signing joan.