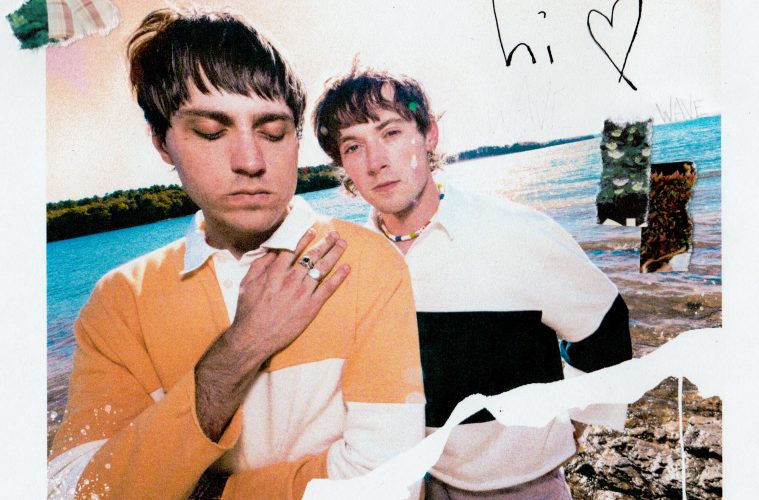 Critically acclaimed & much-loved Arkansas duo joan have shared the perfect live visual for their boppy single “right back“. “right back” is the final release from EP ‘hi,’ OUT TODAY! ‘hi’ is one of two EP’s the guys have set for release this fall via Photo Finish Records, and focuses on the beautiful start of a relationship. Rounding out a magical eight months of new music from joan will be the second EP, ‘bye,’ set to hit next month. ‘bye’ focuses on the sadness and anger of a relationships end. Stream “right back” HERE and listen to hi in full HERE.

joan, about “right back” say, “this song is about not knowing what you had until you left, but they knew you’d be back. they knew they were the best you could ever get, so they waited for you. thank god for strong people that wait patiently on the wonderers, who knows where we’d be without them”

joan’s new chapter ‘wave era’ saw new singles from two EPs landing on the first Thursday of each month, soundtracking 2021 with their trademark alt-pop bops, tinged with the sweetest hint of 90’s R&B influences. Titled hi and bye, joan explain “after we released “cloudy/partly cloudy”, we got straight to work, writing so many new songs. we found that the songs were naturally falling in two different camps. so, we decided rather than trying to force them to work together, it would be more interesting to release two ep’s over the course of the year. welcome to the wave era – here comes a new joan song each month through the end of the year :)”.

joan (Alan Benjamin Thomas and Steven Rutherford) have spent the past few years building their musical empire, single by single, tour date by tour date, with the past two years being landmarks for them; their debut EP, 2019’s ‘portra,’ and last year’s EP ‘cloudy’ have been streamed well over 90 million times, with over a million listeners a month across streaming platforms.

The guys spent much of 2019 on the road with major US and international tours supporting the likes of The Aces, COIN, Bloc Party and Jeremy Zucker, as well as playing to fans across Asia with headline shows and festivals in the Philippines, Thailand, Singapore and Hong Kong. Early 2020 saw them playing to sold out crowds across the US on their first headline tour, including having to add additional shows in LA to accommodate ticket demand. Their virtual ‘cloudy‘ release show in August 2020 boasted thousands of ticket sales from fans who tuned into their livestream. 2021 was an incredibly exciting year for joan, and they’re only just getting started.