London shine ever brighter with the arrival of critically acclaimed, multi award -winning, platinum selling singer songwriter John Legend, who will be making his first appearance in London since 2017 when he returns to The O2 London next month for a one-off headline performance at BluesFest 2019. The Oscar, Golden Globe, Emmy and 10-time Grammy Award-winning singer-songwriter will perform his only European show on October at The O2 Arena. Tickets on sale now at  https://www.livenation.co.uk/

John Legend said “I’m really happy to be returning to London to perform at The O2 for this year’s BluesFest. My shows in London are always extra special and I look forward to seeing everyone in October!”

John Legend ten-time GRAMMY award winning singer-songwriter renowned for his smooth vocals, heartfelt song writing and hit songs will be performing in the U.K. for the first time in three years. Throughout his career, John has released six studio albums, four live albums, two video albums and 38 singles, including his multi-platinum single ‘All of Me’ taken from his gold certified fourth album ‘Love in The Future’. ‘Ordinary People’, ‘Love Me Know’, ‘Tonight (Best You Ever Had)” to name a few are some of the stars most memorable anthemic hit. Legend is one of only fifteen people to be honoured with the achieved of becoming an EGOT winner (Emmy, Grammy, Oscar and Tony) and the first to receive the four awards in four consecutive awards demonstrating his supreme talent. The Soul singer will be performing his catalogue of hits for You & I this October, be sure to Save The Night when he headlines BluesFest on 25th October at The O2 Arena. 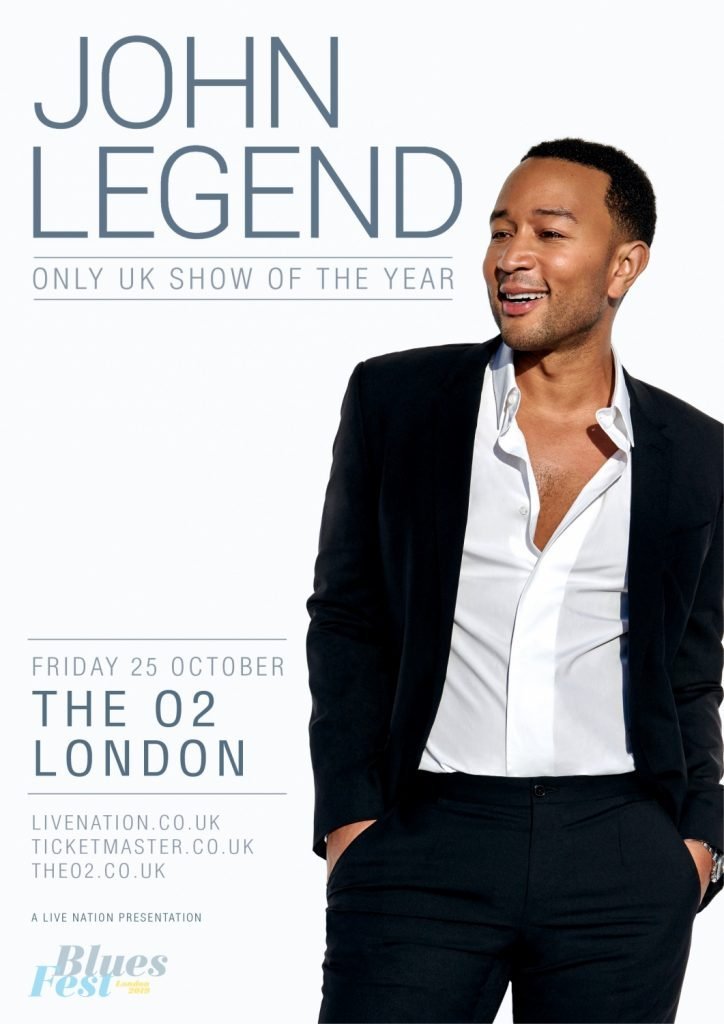 Tickets on sale at www.livenation.co.uk/festival/bluesfest-tickets