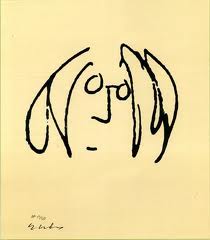 Half the world is asking what he would have being able to create if that day in NYC he wasn’t shot.

John Lennon is one of the most important songwriter and musician of all time , surely of this century; not only, he created The Beatles …and here, there is no need of further descriptions.

When he died he was only forty years old and, his last  album ” Double Fantasy” (made together with the wife Yoko Ono) was  released just few weeks before.

After the Beatles, John moved to NYC that, if you read his letters or interviews, he considered as the best place on hearth…..because of the creativity, but especially because the new yorker weren’t giving so many attentions to him…..( he could finally live his life!).

The best songs written by John, in his solo career,  are, without any doubts, Imagine, Give Peace a Chance and Instant Karma.