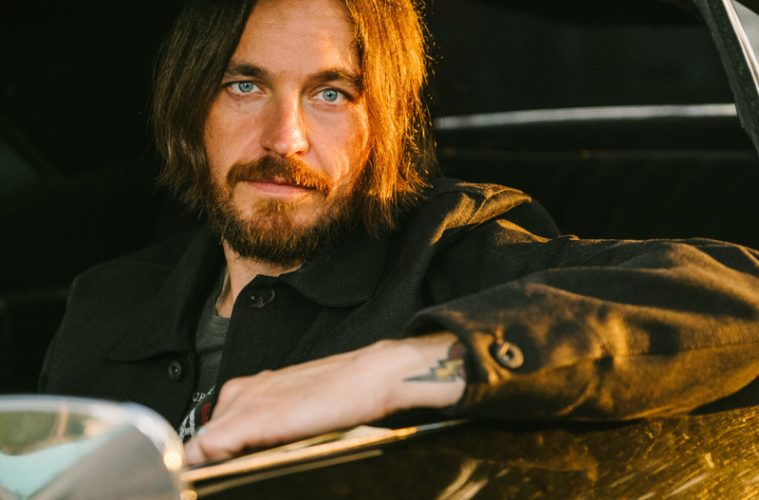 rockyourlyricsJune 6, 20180 views
Rock Interviews0 views 25 min read
How do you usually write the lyrics of your songs?
It depends. I’m always making notes if I hear someone say something interesting or have an observation I want to remember. Sometimes if I have a “hook” or a catchy line I’ve made a note of, I come up with a story to go along with it. I usually start with a verse or opening theme. Other times I sit down with a guitar and find a musical theme I like and come up with lyrics that fit. It usually involves a lot of singing nonsense syllables until some words start to make themselves obvious. 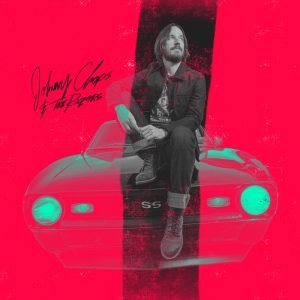 Is there a link/a theme between all the songs of your album, Johnny Chops & The Razors?
Not really, other than the fact that those particular ones were the songs I felt like I could perform the best. I suppose there was a conscious “tip of the cap” to some styles of music I’ve been influenced by, early country blues, 50s era Chess records, 70s rock and roll. But we didn’t want to just make it a “bit”. We wanted to do something new with those retro styles, something that might take them to a new place.
Are you ever scared of revealing aspects of your personal experience to strangers through your music?
That’s our job as songwriters, so if I was afraid to do that, I’d probably be doing something else. Not all of my songs are written from personal experience but I think every artist worth his salt should put a little bit of themselves into their art. More often than not, when you express your own emotions or experiences, someone else will identify with it and respond, hopefully in a positive light.
What has your journey in the music industry been like up to now?
I’m very thankful to be able to support myself through musical endeavors the last 12 years or so. It was a struggle starting out and there have been lots of hardships, but overall I’m very happy where I’m at now. I started out picking up gigs as a hired gun, playing bass in cover bands, honky tonks and roadhouses all over central Texas. Eventually I landed a steady gig with the Randy Rogers Band as a partner in the band. I’m still with them 100 days or more a year on the road, making records and writing music. My own project, Johnny Chops & The Razors began as just somewhere to try out extra songs I’d written and the last few years it’s grown some. We released our second album, self-titled, in March of 2018.
What was the soundtrack to your childhood?
As a little guy, my mom turned me on to classic rock, the Beatles, Rolling Stones, Neil Young, etc. My Dad is a classical guy, Beethoven, Bach and Brahms, so that was the music that was playing in our houses. In junior high, it was Guns n Roses – Appetite for Destruction and then I found punk rock in high school. The Ramones, Black Flag, The Misfits. I also liked all the Seattle stuff, Nirvana, Pear Jam and Soundgarden as well.
What was the first record you ever bought?
I bought my first tape with money I’d made mowing lawns. It was probably Huey Lewis and the News, “Fore” or “Small World”, I can’t remember which.
What is your favorite song (not written by you) lyrically speaking?
It’s so hard to choose one, but since he passed away last year, I’ve really been mining his catalog. A lot of people praise his voice, but I think Chris Cornell is one of his generation’s best lyricists. I love “I Am The Highway” because, to me, it’s written from the point of view of an object, or a place. It paints a picture like a poem and it works on more than one level. I love songs that are a little different like that.
What inspired “Ten Cent Talkers”?
I wrote it during the election process of 2016 and got into a bad habit of reading the news during breakfast before writing. It just seemed like a bunch of hot air going on every day. Lots of finger pointing and name calling and gums flapping and no actual DOING. Plus, when you play a lot of gigs, there’s always some guy or gal that by the end of the night has had too many and thinks they really know how to make you a star. Then on another level, I wrote it as a reminder to myself to not be like those people, because I’m just as guilty as anyone else of sometimes promising big and delivering small.
And “Believer”?
This one just started from a slide guitar riff. Once I had that down, I wanted to tell a story about a person who’s almost handicapped by their own superstitions, with the appropriate amount of gloomy atmosphere to go along with it.
What is the best show you ever played?
Red Rocks Amphitheater with The Randy Rogers Band in 2014.
What are your plans for 2018?
We’ll be supporting the new album with The Razors by playing some Texas dates in June and July and I’m working on an acoustic run out to California and back in August, as well as my normal workload with RRB. Then I’m hoping to get back to some writing in the fall. Basically as much music as possible!