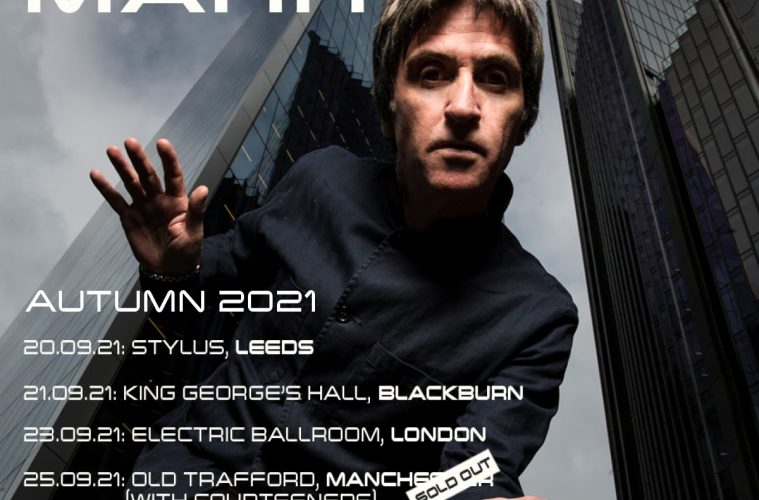 Johnny Marr has announced UK headline shows for September 2021. The intimate run will see dates including London’s Electric Ballroom, Leeds’ Stylus and Blackburn’s King George’s Hall ahead of a sold out show alongside The Courteeners at Manchester’s Old Trafford Cricket Ground.

Tickets are on general sale from 10AM, Friday 30th July here. An exclusive fan pre-order is open from 10AM, Wednesday 28th July, accessed via signing up to the Johnny Marr mailing list at johnnymarr.com.

The intimate headline run will mark Johnny’s return to the live stage, and first shows since performing the James Bond ‘No Time To Die’ soundtrack with Billie Eilish and Hans Zimmer live at the 2019 BRIT Awards.

Looking to 2022, Johnny was recently announced as the special guest on The Killers’ headline US arena tour, set to begin in August through to October 2022.

Johnny Marr began his prolific career with The Smiths, founding a legacy as one of the most influential songwriters and guitarists in British independent music. His acclaimed solo career has seen multiple Top Ten albums and continued collaborations with some of the most celebrated artists in contemporary music, including the Talking Heads, Electronic, Modest Mouse, The Cribs, The Avalanches, Hans Zimmer and Billie Eilish, recently recording the score and soundtrack for the forthcoming James Bond film, No Time To Die. Johnny is currently in the studio working on new music. 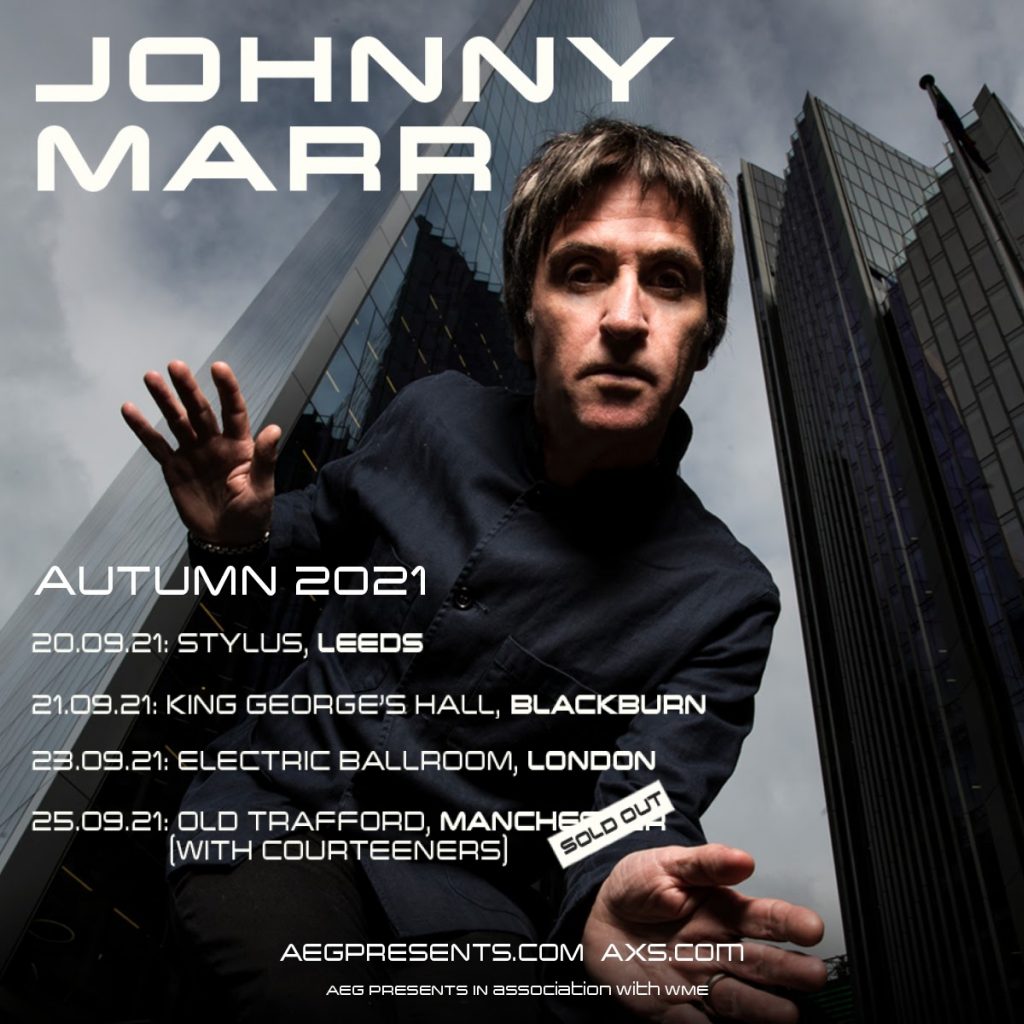