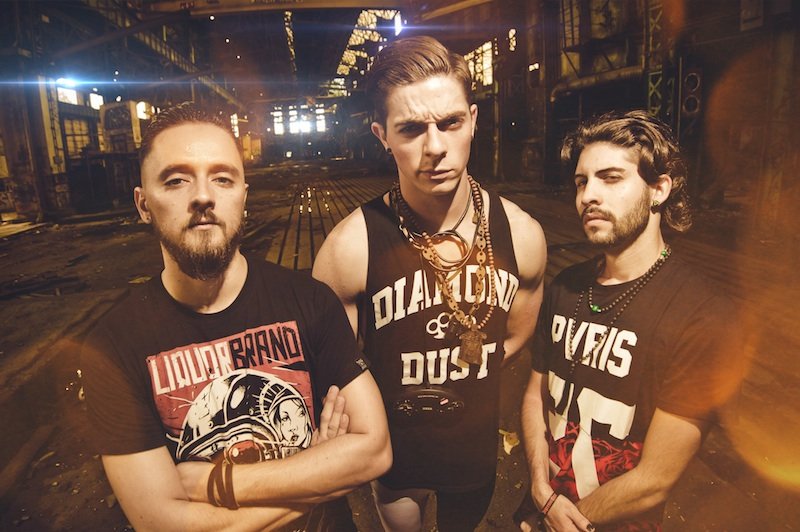 RYL: Tell us more about your summer release “JOI” what this album mean for you? Which will be its main achievement?

ZE GRAN ZEFT: This album is our debut album, it’s our basis, closer to the sound and the vibe that represents us, we talk about the 80/90’s stuffs in general.

This is what JOI stands for. I think its main achievement will be to gather all the millennial kids around its concept, like a sort of a new Nevermind from Nirvana.

RYL: Which is the craziest song of the album?

ZE GRAN ZEFT: «The Booby Trap », if you remember this Harlem Shake trend, this song makes us feel like the most aggressive shake. Everything is stupid in this song, lyrics, the beat and this tweet all along the song!

ZE GRAN ZEFT: We now work the hip-hop way, we write lyrics after making the beat/song, we write tons of lines for the verses, and we keep the best ones for the hooks and choruses. it changes from Rock, where it’s often made more for the Riff than for the lyrics.

ZE GRAN ZEFT: The second verse from « I Gotta Gun » is one of our favorites, cause it’s the fastest we’ve ever been recording!

RYL: What is the meaning behind “Shotta Shotta”?

ZE GRAN ZEFT: « Shotta Shotta » has been written from the beginning of ZGZ, it’s our « haters gonna hate » song, and we named it like that because of this ragga metal vibe. Shotta is jamaican slang for thug, gangster.

RYL: Do you remember the day you wrote “Shemale” ? what inspired its lyrics?

ZE GRAN ZEFT: Shemale is our first clusterfuck song! I think it’s just the dumbest result of dubstep and pornography.

By the time, everyone was talking about wobbles and chick with dicks that was hardly enough for us to make a song haha! And there’s nothing against LGBT community, it’s just a childish chorus that makes us laugh.

RYL: Which song you really hate? And….if we give you 1 $ to spend in music, which song would you buy?

ZE GRAN ZEFT: Actually we don’t « hate » stuffs, we keep fighting narrow-minded people because they often hate without getting it.

But at least I could tell you we don’t like or aren’t interested in french variety, or variety in general, but I feel like Frenchies are really good to make boring variety.

They think that taking risk isn’t worth the try, so they reheat stuffs, and people are satisfied with this. That’s why we work abroad.

ZE GRAN ZEFT: About touring, we focus on Western Europe now, after moving to Eastern Europe in 2013 and USA in 2014 we want to play closer to home and especially in England and Germany.

For our best shows, we always say « the next one the best one », but our top 3 can be the Gambrinus Pub in Cluj (Romania), the Scout Bar in Houston (USA) and in our town Toulon for the Music’s day

RYL: “Hangin’ Round” appears to be one of the fans favorite, what inspired its verses?

ZE GRAN ZEFT: Hangin’ Round is pure aggressiveness, it’s like you’re chilling and someone or something come fuck it up.

Sometimes you dont want to waste you time trying to solve shit so you just smash it, and I think that’s what people love.

Our generation has been raised with some « it was better before » « you are in a deep shit now » and besides that, we’re still here doing our thing.

ZE GRAN ZEFT: We’ve signed pairs of boobs with the boyfriends aside, some of our fans came to school with « Shemale » shirts, but we haven’t made crazy stuffs as fans.