After building overwhelming anticipation, GRAMMY® nominated multiplatinum powerhouse trio–Jonas Brothers—announce the details for their 2020 15-city Happiness Begins Tour across Europe. The announcement comes off the excitement of blowing out their first round of North America dates and launching the biggest Jonas Brothers tour ever, totaling an astounding 67 shows across Canada, Mexico, and the U.S. Tickets go on general sale on Thursday 6 June 2019 at 10am BST at https://www.livenation.co.uk/. 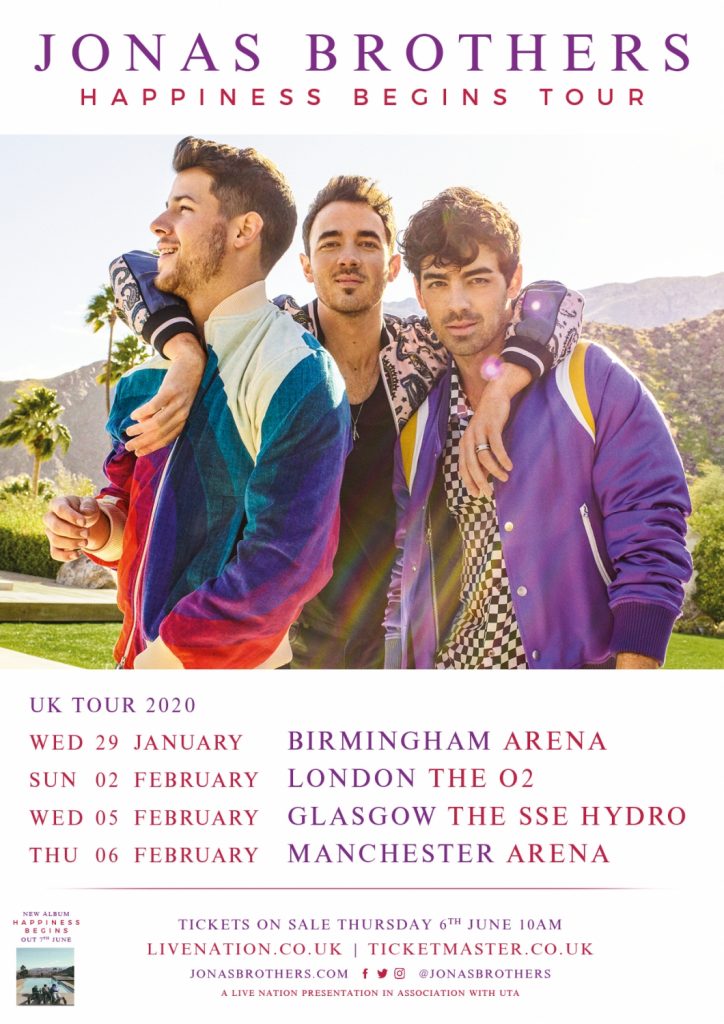 Produced by Live Nation, the European leg of the Happiness Begins Tour will kick off on 29th January in Birmingham and will make stops in Germany, Spain, Italy and more before wrapping on 22nd February in Paris.

Tickets for the newly announced dates go on general sale on Thursday 6 June 2019 at 10am BST at https://www.livenation.co.uk/.