Journey in to the music and lyrics of Troi Irons

Are you happy of the success obtained by Turbulence, your last album?
I’m happy with the learning experience that it was. I learned how to see a project from conception to physical fruition.

I was involved with every part of that EP, from producing the songs in my bedroom to mood-boarding for 36 hours and writing out second by second plots for music videos. Between being on a major label and working with male egos, I was up against a lot. When you’re under pressure like that, you have no choice but to get better at running your own company.

I became a leader in a way that I wasn’t before and I would say I’m pretty happy with that.

My debut album is going to be so well executed and I think the fans will appreciate really getting to enter the world it lives in.

The lyrics tend to write themselves – they come to me either as silent poems or as melodies when I play the guitar.

If I have to try, the song’s probably not important.

My verses actually tend to be fairly conversational.

I think my most impactful and ‘soundbite’-able lyrics come in the hooks. Here’s my favorite hook, it’s from a song on the upcoming album –
“Don’t forget to hold on to your heart
When you’re speedin’, freeway dreamin’, sweet sixteenin’
Hold on to your heart” 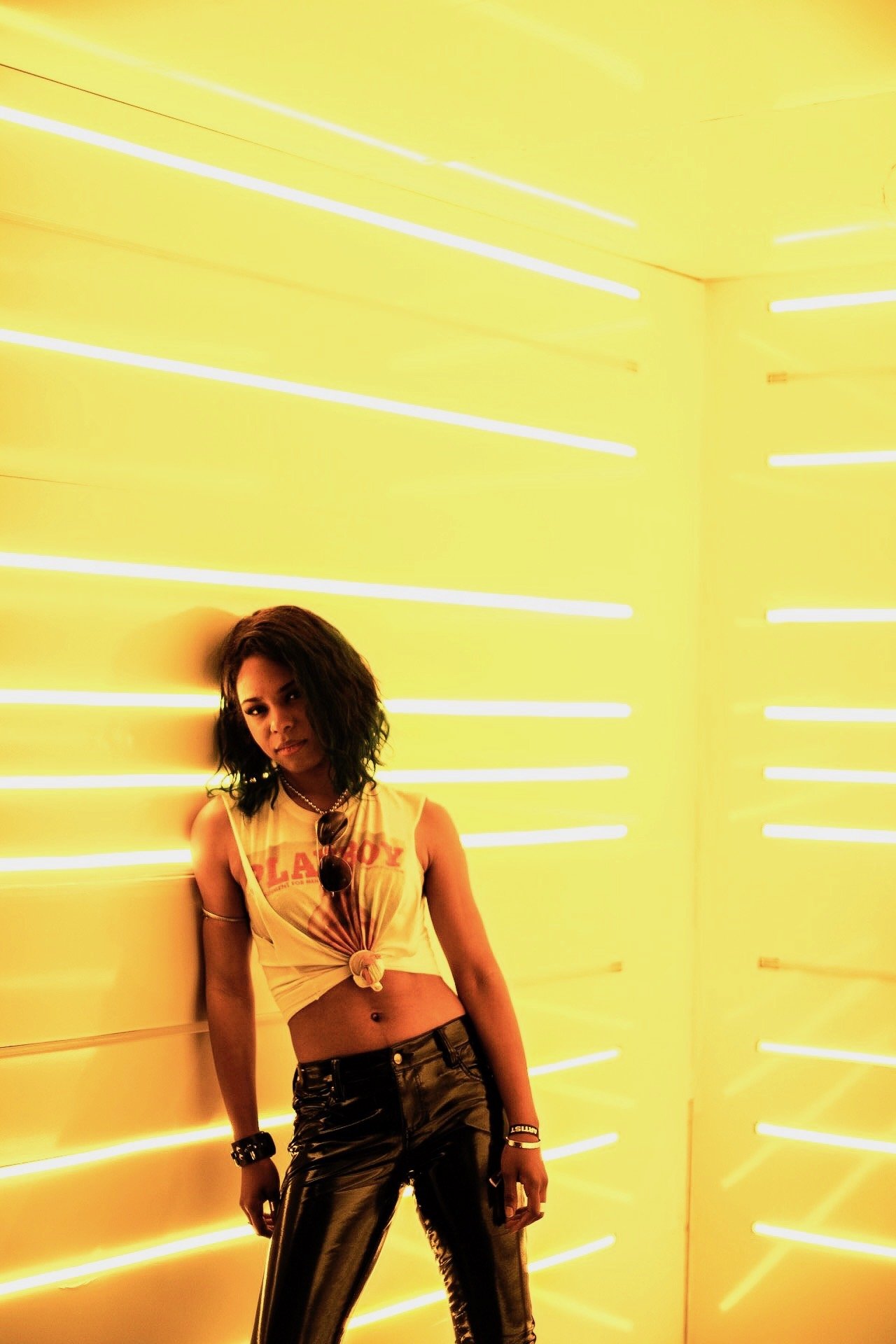 What was the soundtrack to your childhood?
American Idiot by Green Day & Sgt. Pepper’s Lonely Hearts Club Band by The Beatles

What was the first record you ever bought?
American Idiot by Green Day

What has your journey in the music industry been like up to now?
When I signed my first deal, Jimmy Iovine was raving about having just signed Soulja Boy. I was 13 so obviously there’s been a lot of change – both within the industry and within my person.

I’ve had a lot of highs and lows. I appreciate the highs because I have some serious gear that I couldn’t have afforded without the deals.

Also, I’m immune to the hype because I’ve experienced it so many times. As far as the lows – I’m glad I had those too.

I’ve got more faith than I ever did.

What inspired “Call Me”?

This kid would call me to hang out every day and we became very close over a really short period of time.

For a season, every night was a different adventure and it always began with a text or a phone call.

When that season ended, it was a bit of a mess – but I knew it would be from the start. It was my fault for ignoring the signs.

I kept thinking – ‘why did I pick up the phone?’

Do you remember the day you wrote “Lawless”?

How could I forget? It was so awkward.

Somehow, the session got double booked so that there was an extra writer in the room.

I guess he thought it would’ve been rude to leave so he kinda sat there quietly in his corner.

I’m a very private person so it took me about an hour of sitting quietly in my corner with my notebook to access the song.

The tension in that room was tangible.

I used to collaborate a lot more frequently but I’ve found recently that the songs just won’t come if anyone else is in the room. I think I’ve developed trust issues.

I told myself I had to stop writing songs about that girl. So that was the last one.

It was swell because I’ve been going to that event forever, I’ve seen a lot of great music there. Saw Dua Lipa 2 years ago.

My favorite coffee shop in LA is a mile from the venue.

It’s just a fond spot for me. So having that be my first show of the year was fun – it translated on stage.

A couple of my friends were there and they said it was the best they’ve ever seen from me.

2018 debuts the album for sure. Any day I don’t leak the album is a day I’ve exercised self control and forethought.

Photography taken by the facebook page of Troi Irons: