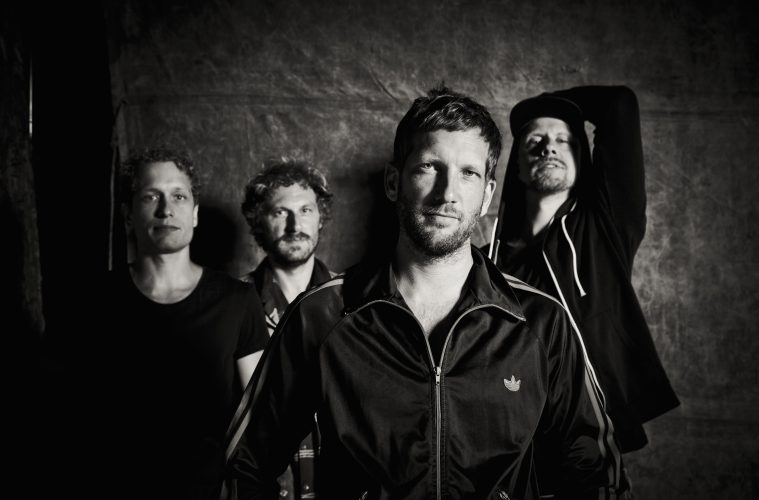 There’s often an idea and maybe a verse or two as the song is shaping up with the band. So I know what it’s about and what the general feel to it is supposed to be. Later I finish it in a panic an hour before recording the vocal track in the studio. Like a pro.

In your opinion, what is the most important thing in songwriting?
I guess to make it honest. To have it come from an honest place.
Are you ever scared of revealing aspects of your personal life/experience to strangers through your music?
I tend to get more revealing with every year that goes by. There’s some almost taboo topics on our latest album. It’s a very relieving feeling once you’ve crossed certain lines.
What is the best lyric that you ever wrote (the most meaningful for you)?
Oh I couldn’t say, I both love and hate many of my lyrics. And it varies from day to day depending on where my head is at. I’m very happy with ”Joy”. And there’s a couple of lines in ”Rikspsyk” that really nailed it in terms of what I wanted to express. Not that anyone could ever hear what the words are through the wall of noise.
What inspired “Optical Character Recognition”, part of your upcoming album Joy?
It’s the everyday agonies of a privileged, white, heterosexual male in Stockholm, Sweden.
Did I forget a birthday? Am I eating the wrong kind of carbs?
And “Slime”?
Slime is the telling of my sons nightmares. He screams these f###ed things in his sleep at night. Truly horrifying stuff.
Do you remember the day you wrote “Good News”?
It was a couple of weeks before my birthday last year and, with middle age getting closer, it dawned on me that there probably won’t be any more good news for me.
What was the best moment of your career? And the most difficult one?
I once got an invoice for 2500 euro from KISS. That was kind of cool in a way.
I broke a rib onstage about a year ago. The adrenaline actually made the rest of the show work out without any big problems. We did another show about two weeks later though and I almost passed out due to the pain. 50 some people in the audience. Worth it.
What are your plans for the rest of 2018?
We are dropping the album. Hopefully before the end of the world. That will have to do for now.