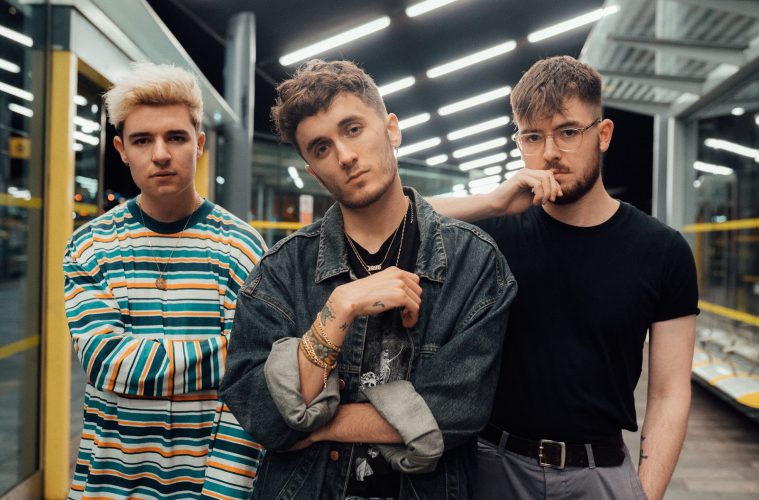 Just Not Done – Interview with Shaded

So we usually have 2 ways of going about our writing. Firstly, we’ll map out an instrumental for a track, then lyrics will follow. Or, I’ll sit at a piano and write a song with just chords, which we’ll then flesh out into a full track. As far as the lyrical content goes, I’m a very emotional, heart-on-my-sleeve kind of guy so everything I write comes from a very organic and genuine place. The lyrics I write come from genuine feelings, emotions and experiences.

The most important thing about songwriting is quite simply being in love with what you have created, and if you don’t love it, start again. Something that used to be a killer for me was approaching songwriting sessions with third parties’ opinions in mind. I’ve learned to write music that simply makes ME happy before worrying about what the outside world might think. And, in my opinion, that’s where the best songs come from.
Are you ever scared of revealing aspects of your personal life/experience to strangers through your music?
Absolutely not. Being genuine and being able to just be myself through music is what made me fall in love with what we do in the first place. I’m excited for people to see the real ‘us’.
What is the best lyric that you ever wrote (the most meaningful for you)?
There’s a few in some of our new tracks that I won’t reveal just yet, but from what we’ve already released, the chorus for “just not done” resonates pretty hard with me.
What inspired “Just Not Done”, your latest single?
The inspiration behind the track was getting back with one of my exes after a very toxic first attempt. In hindsight, it was a terrible decision haha, but in the heat of the moment, it was exciting.
Do you remember the day you wrote “Gold”?
Yes, very clearly! It was one of the first times where we all sat down and just said to each other “lets write a song, not trying to be or sound like anything, not trying to emulate anyone, lets just be US”, and what followed was one of our favourite songs that we’ve ever written and the start of something really great for us.
Is there a link/a common theme among the songs of the new album?
I don’t really tend to theme any body of work, I feel like by doing so I just limit myself. They’re a collection of songs with totally different meanings and back-stories, but as always, I like to see people interpret them in their own ways!
What is the best suggestion your producer gave you?
So the whole record is co-produced by Seb, Callum and myself, and just being able to work with someone as open-minded and creative as Seb is a blessing. Some of the best suggestions that Seb has given us comes down to his unbelievable ear. He can spot something so minor thats either missing or doesn’t need to be in a track, and almost every single time, he’s spot on.
What are your plans for 2019?
We’ve got a lot of exciting things in the pipeline that we can’t wait to announce, but for now, releasing our new music and introducing people to the ‘new’ us I guess. We’re finally doing exactly what we want to do and it’s so exciting.
To conclude the interview a short Q/A session, please answer the first thing that comes to your mind: