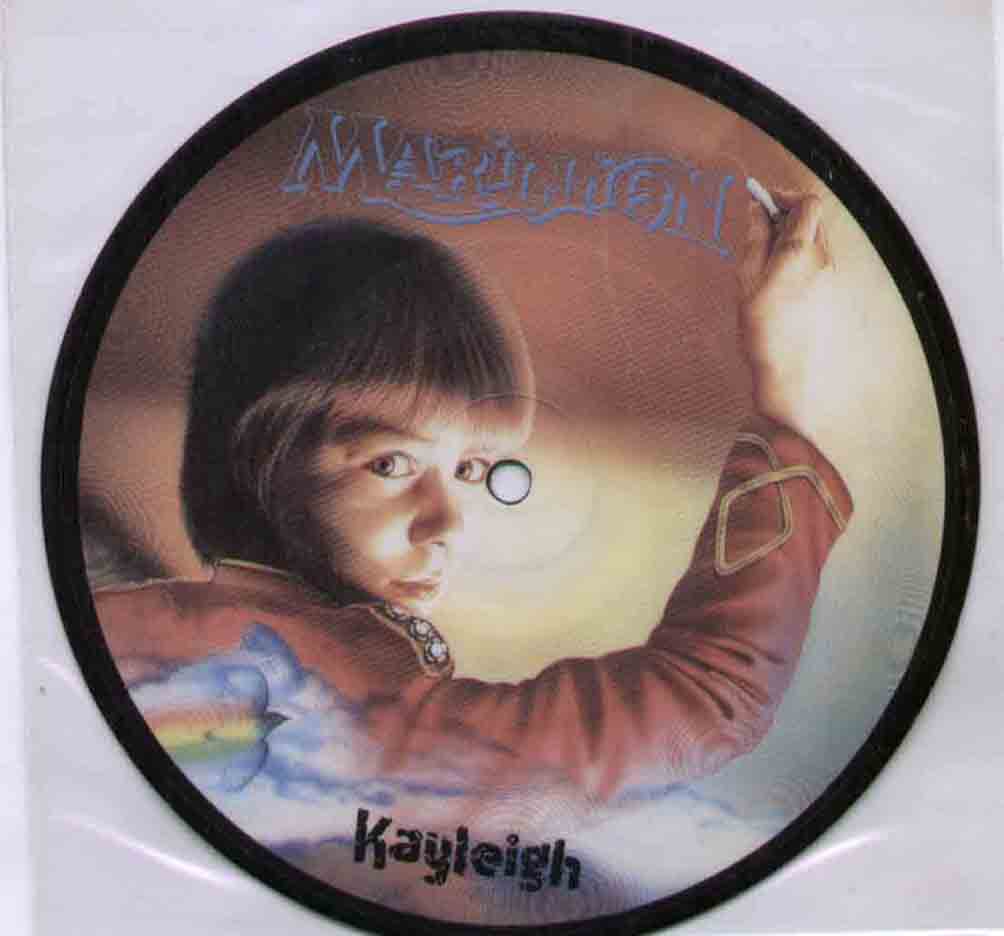 If you have never seen a concert of Marillion you should, they are considered one of the best band to see live.

During they career started 34 years ago, in 1979, they released seventeen studio albums; the last one dated 2012 and called “Sounds that can’t be made”.

We can divide the life of Marillon in two parts: the first one , the one of discovery of success but also of their sound ( that lasted ten years) from the formation till the departure of their first singer “Fish” and the second one, with the arrival of Steve Hoghart (the new singer) that was more “live” , more “relational” with the fans.

Other members of the band are: Ian Mosley at the drums, Pete Trewasas (bass guitar) , Mark Kelly (keyboards) and Steve Rothery as lead guitarist.

Their name was inspired by a book of the famous writer Tokien (the one of Lord of the Rings) called The Silmarillion.

“KayLeigh” is a song that was released together with the album “Misplaced Childhood” of 1985; as of now it is believed the most important success of the band.

The album lyrics are talking a lot about the personal life of Fish ……KeyLeigh refers for instance to a relationship that the singer had with a woman named like this.

He is apologizing, but it is late, he will not get her back no matter what he will do.

Did you know that, after the song was released , in England, the number of babies named KeyLeigh increased quite substantially?

Crazy! As it crazy what happened after the video of the song …………did you know that the beautiful blonde model ended up marrying Fish?

We suggest you will find a way to go and see the Marillion live…..follow them on their website http://www.marillionweekend.com/