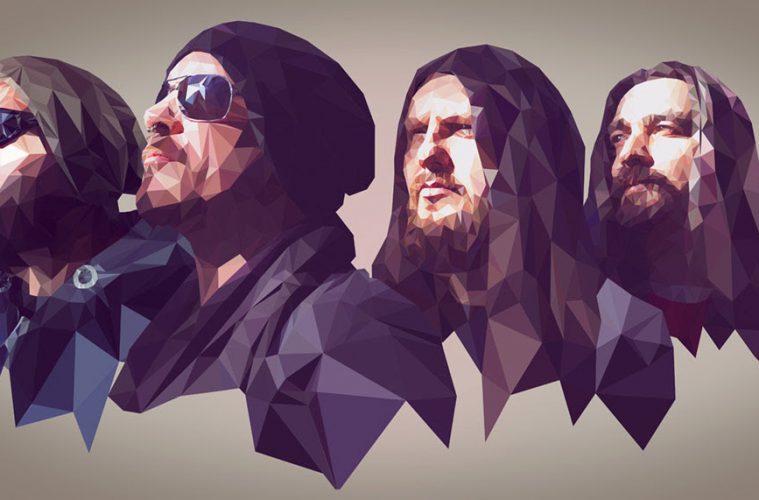 Following on from the successful release of their debut album ‘Penumbra‘, London progressive tech metal outfit Khaidian bring you the video for their brand new single, ‘Thrive‘. This is the fourth single to be released from ‘Penumbra’ and is another fine showcase of the progressive wizardry that has seen Khaidian winning new fans everyday since they started releasing the songs from ‘Penumbra’.

The band explain the story behind ‘Thrive‘ below:
“Thrive is Andy’s take on having lost some close family within a very short time span. Obviously it’s a very personal thing for him, but most people can relate to loss.

The video is actually an interpretation of the Hans Christian Andersen’s ‘The Shadow’. In it, a man searching for knowledge finds himself being separated from his Shadow, and gradually grows weaker. I felt that the symbolism tied in with Andy’s lyrics. Interestingly, the story is one of the few fairy tales that doesn’t end well for the protagonist.”

You can purchase Khaidian’s debut album, ‘Penumbra’, right now in both digital and physical formats at https://armalyte.bandcamp. com/album/khaidian-penumbra. 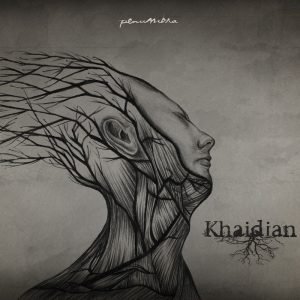 Khaidian currently have two live shows coming up, both in London.

Firstly, they are opening for Otep on the 13th of February at Dingwalls in Camden Town. They will also be supporting Pist.On at Islington Academy on the 21st of March. Ticket information for the Otep can be found on the Khaidian Facebook page. Tickets for the Pist.On show can be obtained from Seetickets here.

Founded in 2010 by guitarist/programmer John Tyrell (ex Interlock) and bassist Joseph Perumal (Mortad/ex-Almamorta), Khaidian was created with a vision – to meld fury with technology; to create something special, to push the boundaries of both Metal and Electronica, to bring the world something…. Different.

Striving to offer something unique and fresh to the world of heavy music, London based Khaidian (Kay. Dee. An) have been through an eight-year journey to complete their line-up and discover the sound that will define them.

Initially plagued by line up changes, it became increasingly difficult for John and Joe’s bold vision to be realised. Frustrations mounted, hope was nearly lost.

Then, in the spring of 2014, Andy Hutton (ex Stoopi/Dragnerve) was handed the vocal reigns.
Eschewing the traditional “Screamy/Growly” metal vocal clichés, Andy, John and Joe quickly realised that the initial vision for Khaidian had been surpassed – they were taking this music in a direction no one had expected – they were doing something truly unique.

Initially expecting to release their debut album in 2016, the bottom fell out of the band as Paul left. Khaidian, an album ready to release, found themselves in line-up hell. A year of frantically trying to fill Paul’s boots commenced, without any luck.

In mid-2018 however, longtime friend, Kris Perrin (Gravil, ex-One Fell Down, Faux Fighters) immediately joined Khaidian on drums, after the announcement of Gravil’s hiatus. Perrin, previously ran with Andy in 90’s “flicknife metal” band Stoopi and filled in for Paul during at their Kill II This show in London.

The line up was complete. Khaidian was finally taking flight.

Four talented and experienced musicians, each from very different backgrounds, bringing a range of styles, skills and influences to the table, to create something the world has never heard before.

Khaidian, stronger than ever, released their debut album in January 2019. The unique range of styles, skills and influences will be on display throughout UK and European shows, backed up by a synchronised video projection screen.