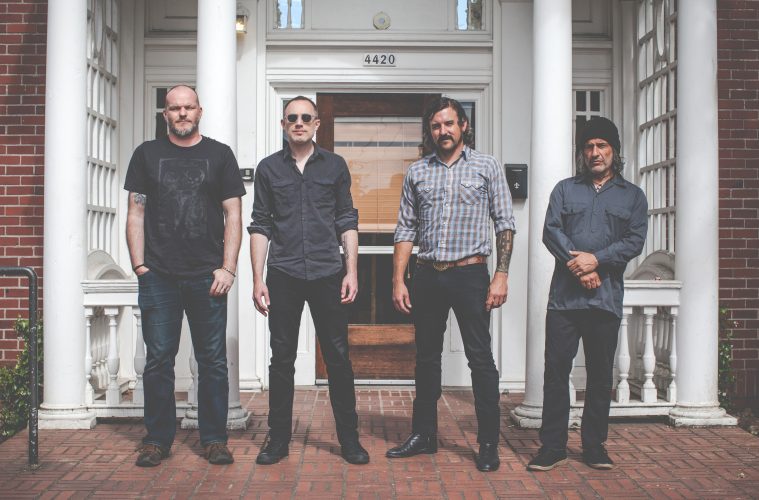 rockyourlyricsJune 13, 20180 views
News0 views 03 min read
Rising from the ashes of Agalloch and Giant Squid, a new group is born: Khôrada. Featuring former Agalloch members Don Anderson (guitar), Jason Walton (bass) and Aesop Dekker (drums) alongside ex-Giant Squid guitarist/vocalist Aaron John Gregory, Khôrada creates colossal, textured, and emotionally powerful music. The group will release its debut album, SALT, on July 20th via Prophecy Productions.
The band has unveiled the artwork, tracklisting and first new single, “Ossify,” from the upcoming record.
“”Ossify” was the last song we wrote for SALT, with the sole purpose in mind of it being the big closer on the record. By premiering this track first, we may be giving away the ending of the movie. But, we’d rather think of it as a flash forward – leaving the listener to ponder all that came before it – especially considering the strange yet fitting “futuristic” vibe of the song, thanks in large part to the contribution of lush keyboards by Andrew Southard from Giant Squid. Lyrically “Ossify” explores what I imagine may transpire after all the often dystopian themes told throughout SALT.” – Aaron Gregory
As a completely fresh concept, Khôrada is an opportunity for the musicians to explore new soundscapes while creatively challenging themselves. With SALT, Khôrada forges breathtaking swathes of sound that swell, stretch, submerge and recede with panoramic power.
At once atmospheric, aggressive and apocalyptic, the album’s emotion is driven by the band members’ view of today’s world; these are precarious times. SALT was written under the pressure and uncertainty of the beginning of the Trump-era, standing as a musical exploration of the landscape in which, we now live. Paired with the surreally visceral artwork of internationally renowned painter & sculptor Cedric Wentworth, the visual explorations prove to be as haunting as the ethereal vocals of Aaron himself.
“SALT is what a collection of musicians, each with over 20 years of experience, sound like when they start over from zero. All the music on this album was composed immediately following the conclusion of both Agalloch and Giant Squid. For all of us, this is what rebuilding, reorganizing, and reimagining sounds like.” – Don Anderson
SALT will be released as Digisleeve CD, Gatefold 2LP, 2CD book edition (hardcover, 18x18cm, 36 pages with enhanced artwork, liner notes and Rudimentary Peni cover song) and ltd. complete box set; including Gatefold 2LP, 2CD book edition, 7″ single featuring a B-side cover of Rudimentary Peni’s “Shard,” art prints and signed/numbered certificate. Pre-order the record now at https://prophecy.lnk.to/khorada-salt.
The dissolution of two of America’s most beloved underground groups has resulted in the formation of perhaps the scene’s most highly anticipated new band. With a sound built upon a resolute sense of purpose, Khôrada has arrived. 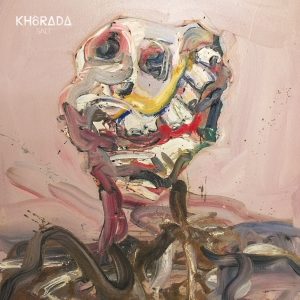