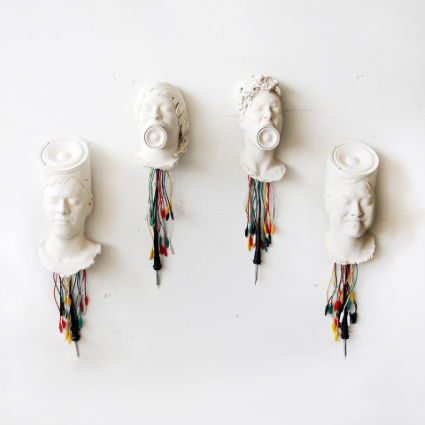 RYL: Your new album is titled “ Kill The Hook”, what it is the meaning of these words for you?

Random Recipe : There has never been as much music (and good music!) produced and released every day as it is the case today.

It’s hard to survive past a “flavor of the month buzz”, and it’s easy to become obsessed with this hook finding process which you hope will make you rise above the rest and “make it”, whatever that means. And then a song is huge for a week and is old news very quickly.

So we found ourselves fighting against this hook obsession while writing this album, trying to go back to what made us all crave music in the first place, making a good, intense, authentic, and timeless album.

RYL: Your music is very innovative, what was the major achievement of this album musically speaking?

Random Recipie: Our sound and music is very ecclectic. So for us to make it fit together as a coherent album with a story instead of a bunch of crazy tracks is something we still can’t wrap our heads around.

But I guess that’s the ongoing story of all our albums, which is quite beautiful and genuine. We create what we love to listen to, we don’t really follow “the trend”. We best describe it as timeless.

Random Recipe: Fab and I each write our own lyrics. We usually get the song, hook or beat before and then try to fit words or meaning within it.

Like a puzzle. We’ve always used the vocals as an extra texture of sound since we first started with a very limited instrumentation (guitar and beatbox).

So we like to play around with words and keep it fresh and interesting ’cause that’s what we’re going to be spitting for hundreds of shows. Not allowed to get sick of what you’re saying, preaching, singing…

RYL:  “Big Girl” is one of the songs included in the last album, how did you write its verses?

Random Recipe: Hahaha… we were taking a cigarette break during practise and Fab was joking around singing Spice Girls “tell me what you want, what you really really want” and I thought it was genius and we decided to tweek the words as to make it our own, and make it a cocky party joke song. It worked… We each have a favorite Spice Girl…

RYL: You already started a very long tour (over 150 shows), where it will bring you?

Random Recipe:Hell for shoooo…. We’ve done bad bad things. We want to travel the world, who doesn’t? We want to play in random places, south pole for scientists, all over the place… hook us up!

RYL:  Who is a typical fan of Random Recipie? 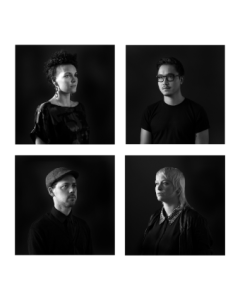 Random Recipe : WE HAVE THE HOTTEST FANS. Damn…. I tell you… We are lucky.

Most our our crowd is 25-35 y/o music lovers, but in reality it ranges from babies to grannies. But always beautiful and bright.

RYL:   Tell us all the secrets behind “Dimples”…

Random Recipe : We had been wanting to write a track about our childhood for years, about owning the park, the alley, the hilltop, the playground, etc. And how as you played as a kid reflects a small society, with power dynamics, and concerns…

When Fab and I met, we were barely 20 years old and we spoke a lot about how we were as kids, discovering similarities and differences. Name dropping some of our favorite games and childhood heros are simple things that still make us shine our dimples. It was about time we wrote it.

RYL:  Going back to your first album “Fold It, Mold It” , we definitely love the song  “Something in my mind”, How did you wrote it?

Random Recipe : Oh! I (Frannie) was in love… with this girl that had a boyfriend… So I wasn’t really allowed to like her or tell her how I felt, so I asked Fab to help me write this song… Oh she left her boyfriend.

RYL: Who gave you the best advise in your career?

RYL: What is the biggest achievement you obtained until today with your music?

Random Recipe: From sharing the stage with artists we love (Peaches, We are Wolves, SUUNS, etc.) and playing in the most random contexts like when we performed for Prince William and Kate, to touring in numerous countries and festivals…