The quartet—Ann-Sofie Hoyles [vocals], John Hoyles [guitar], Olle Griphammar [bass], and Ricard Harryson [drums]—crawled out of their native Gothenburg, Sweden rocking leather and turned up to eleven with the 2012 full length-debut Flash Point.

Between a marathon of shows, they unleashed 2014’s Shake Electric powered by the title track.

A marathon of touring followed as they ignited audiences alongside everyone from Kvelertak and Uncle Acid & The Deadbeats to Graveyard and Metallica.

Your new album “Killer Machine” has just been released, can you share with us the most difficult moment of its preparation? Any crazy/funny behind the scene?

Ricard: We took most of 2017 off to write the album. That was kind of difficult because we didn’t do that many live shows. And we love to play live. I don’t know if difficult is the right word here. Odd is better maybe, haha.

During the recording of the album, the strangest thing happened. We had this track, So Easy, that was lacking something in the mellow part of the song.

We had heard that the band Goat was in town for some reason and managed to get hold of the person who plays the drums in this marvelous and fantastic band.

We wanted to ask if the person could play some percussion on the track. Luckily for us the person accepted. But we weren’t allowed to be in the studio while the track was recorded, so we left a spare key to the studio and a note regarding the percussion part in an envelope and got some directions where to drop it off.

We had to go to the Gothenburg archipelago on a ferry to do that, haha!

When we came back to the studio the day after, the song was on repeat with the volume turned to max! The studio owner had to buy a new set of speakers because they were totally blown out haha! On the control desk we found a cup of strange smelling tea, a pair of dirty socks and bit of hair…The percussion part turned out great though!

Ricard: We mostly do it together. Often someone has this embryo of a lyric that needs to be enriched, and we just do that. Sometimes one of us has the complete lyrics to a song. Sometimes we just have a certain felling for a song and try to capture that in the lyrics.

Ricard: I totally love the lyrics in Killer Machine! I don’t take any credit for the lyrics though. It’s bad ass all the way. Here’s the first verse:

Ricard: Mostly stuff my father listened to while driving: Tom Petty and The Heartbreakes, Traveling Wilburys, Gianna Nannini, Eurythmics, Roxette and so on… As you probably can see I grew up in the 80’s.

Ricard: A record called “Med Is I Magen” (I Think it means something like “have a strong stomach”) by a Swedish punk band called Asta Kask.

That’s the band who made me discover punk rock. From there it went on to Black Flag, Bad Religion and more Swedish great punk bands like Strebers.

Ricard: Oh, I don’t know. When you’re a kind of small band like we are you mostly fly under the music industry radar haha! But I think we’ve had a quite good flight so far.

We’ve released a couple of good albums and have toured a lot during our eight years together.

We’ve both released albums on small independent labels like Crusher Records and on major ones like Universal/Spinefarm.

I don’t know where Killer Machine will take us – far I think! The journey has just begun. 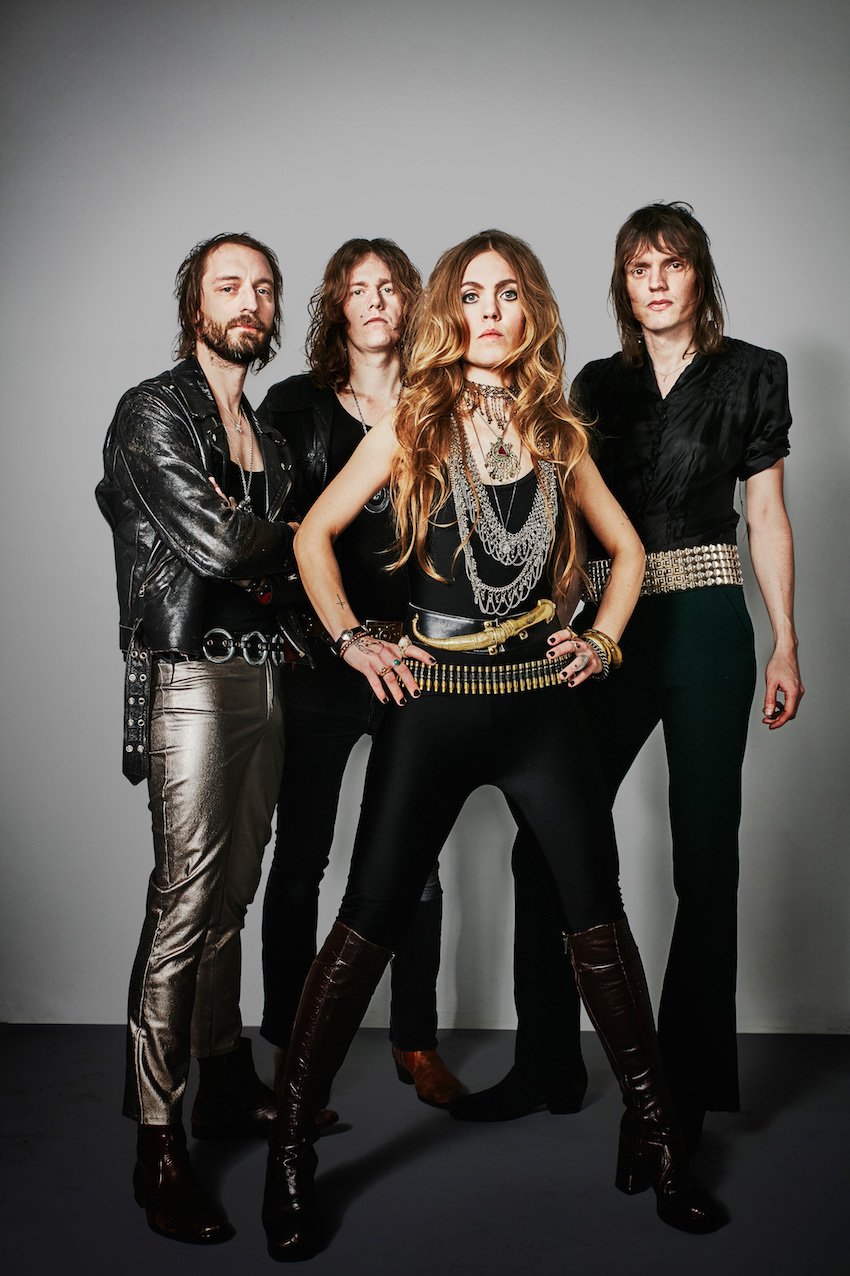 Hoyles: Its a reminder that we (still!!) live in a patriarchy and also a call to all the hardworking women out there to take space, not take any shit!

It’s a song about breaking free from the shackles and the boring hamster wheel that people so easily get stuck in! F##k that!

Do you remember the day you wrote “Burning for You”?

Hoyles: Yes, Olle, our bass player came up with the music to the song pretty early in the process of the album.

We wrote the lyrics together and it’s about a friend of ours who was going through some hard times. Sometimes in life best friends can drift apart due to drug problems, it’s not always easy to help how much you want or care for the person.

Ricard: No. Lyrics are for everyone. It doesn’t matter who writes them. Once a lyric is written and shared with the world, everyone can make it their own.

Lyrics, and music in general, has saved people for ages. That’s the beauty of it I think.

What inspired “So Easy”?

Hoyles: We wrote this song two years ago and we were so before”me too”, haha, the song is about….me too!

Ricard: It might sound like a cliché, but almost every time I enter the stage along with the others in the band is the best one!

If I have to mention one I would say any small club gig when the walls are dripping out of condensation, the crowd is madly ecstatic, and your fingers are bleeding because of nasty, cracking blisters!

Ricard: We want to do what we do best – play, play and play! As much as we can, in as many countries as we can. We’re doing Sweden I April, and a short European tour in May.

We have a couple of Swedish festivals for the summer and a longer EU-tour later this fall. Hopefully we’ll also have some time to make new songs and plan for the next album!