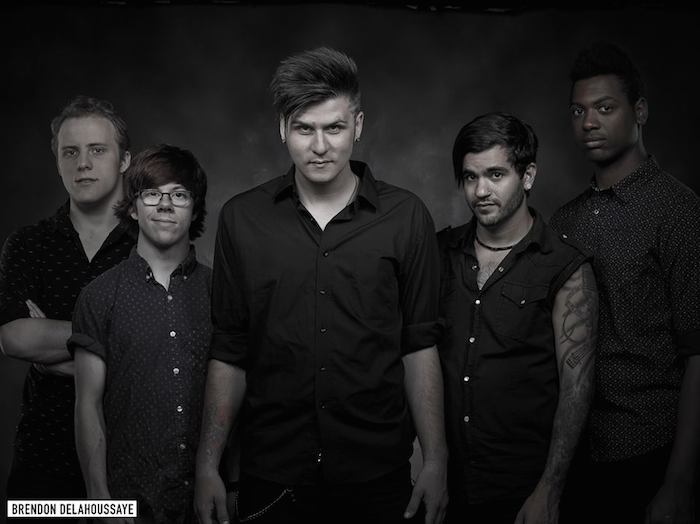 KING OF THE WORLD and more!- Interview with AWAKE AT LAST

RYL: Your last album is titled “King Of The World”, it was released in 2014… what it means to you lyrically speaking?

Awake at Last: King of The World as an Album has multiple meanings.  The purpose of the EP was to tell a story about overcoming obstacles in life that can slow down the metaphorical process of growing into what you’re meant to be.

The term King doesn’t symbolize power over others, but power within ones self.

Each song follows a long a path through the story of the main characters life, but that character becomes the listener.

Everyone has struggled with lost love, or being afraid to be yourself, or overcoming fear itself.  King Of The World encompasses all of these things in a relatable way so that the music connects.

RYL: Tell us everything about the song “Love You To Death”?

Awake at Last: Love You To Death is one of my favorite songs on the EP and it holds a special place with me.  On the surface it’s a song about being in love and losing that love but I tried to cover the entire spectrum of what it means to lose someone close to you whether it be through death or just separate paths that divided you from that someone.

The main chorus line is “Take it all away so I’m running through your veins I love you to death” Which to me symbolizes the despair of losing someone but also the fact that no matter how you’ve experienced loss you always take something with you.

Memories follow you and sculpt you because loss promotes growth.

So the aspect of someone running through your veins is that those experiences follow you along your path and it’s in the people you meet and learn to love and lose where the highest level of reflection tends to surface.

So no matter how things ended during those parts of your life love you to death resignates because any love is associated with memories and those memories are what we reflect on as we grow.

Awake at Last:  Yes.  If you listen to all of the EPs we’ve done there have always been recurring themes and that didn’t change in King Of The World.  I try to blend the old with the new and tell a story through the songs.

Each song representing fears or obstacles in life and giving them form so that once they have physical form they become measurable and relatable.

All of the songs follow a specific character, and that character is the listener.

RYL:  How important is to promote your music? What do you do to support it?

Awake at Last:  Promoting our music is the most important aspect of what we do.  If you don’t put in the work necessary to be heard you can’t expect to be heard.

As Musicians we have a message and for the most part it’s a positive one and through promotion we can hope to reach out and relate to our listeners because in this very technological world I feel that as a whole humans crave real connection, and nothing connects people like music can.

As far as supporting it is concerned our main drive is to tour and give live performances to people.  When you are able to reach out and speak to the people who are there for you or who may feel something in your music, that is the most important aspect.

We can connect with people and help elevate them by sharing our experiences and our struggles with them.

Awake at Last:  I try to have the lyrics fleshed out and already put to melody before we begin the process of writing the songs, though sometimes the songs tend to write themselves.

I always try to find a line to walk on between complex and simple but try to weave the stories to encompass both.

I used to be the guitarist in the band as well as the singer so the songs came on a singer songwriter level, but after making the switch to just being a singer I’ve begun digging into old notebooks and old stories and old feelings so that through those reflections I can elevate our listeners to a higher consciousness.

RYL: Do you remember the day you wrote “Let it Out”?

Awake at Last:  How could I forget the day I wrote Let It Out.  It started in my attic with one of my best friends.

I wrote the initial melody which was supposed to be an introduction in the song but it actually became the outro which was a cool change.

However the meat of the song was written when I spent a few years in Philadelphia, it was my first time being away from home and it became a place that helped me discover who I actually am.  I was scared and protected and didn’t know how to go from a small town to a big city but Let It Out became like a battle for me.

The only way for me to face those diversities was to actually go out into the city and see what I was made of.

At the time I was also writing a novel so there were some horror themes in the song inspired from my story as well.

It was a time of astronomical growth for me as a person and the song encompasses the joy, excitement, danger, and sadness of really finding out where you stand in the world.

A lot of who I am is because of that time and the song Let It Out has become something of a theme song for me.  It’s one of my favorites.

Awake at Last:  As of right now we are in the process of writing and recording new songs.  Until we have the material there is no way to know when we’re going to release anything new.

What I do know is that after all the traveling we’ve done and all of the experiences we’ve had I know the new music is going to progress a lot and I can’t wait to see how it all comes together and how our listeners will react.

Awake at Last:  I really like the line in King Of The World where I say ” I want to be a light for the fallen stars, give them the strength to believe in something.”

It’s my way of addressing our listeners.

Everyone represents a great light in the world, and not to get too deep but I acknowledge them in that way, but understand how difficult it is to find a path when it seems like the world and the people around us try to steer our lives.

I hope to be something they can look up to and through my trials, struggles and sacrifices still stand tall and represent that aspect of success… not money or fame, but doing what you love.  I want them to believe in that truth.

Awake at Last:  The last song We’ve wrote is called Questions.  I won’t give too much away but it’s a very deep song about how I’ve begun to perceive the world around me after all has been said and done.  I’m really excited about it.

Awake at Last:  We just got back from touring up and down the entire Eastern shore going from state to state.  It was an amazing experience and I had so much fun.

RYL: What inspired “King Of The World”?

Awake at Last:  King Of The World was inspired by our fans and our listeners.  I wanted the EP to speak to them and give them building blocks as they progress through their journey of becoming the Kings and Queens of their own worlds.