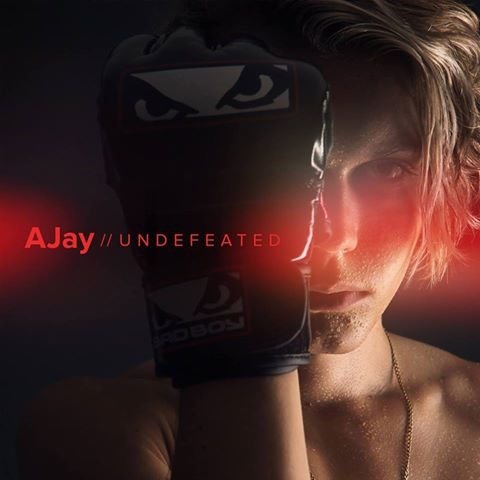 Kiss Me Goodbye – Interview with Ajay

rockyourlyricsJune 20, 201868 views
Rock Interviews68 views 04 min read
How do you usually write lyrics of your songs?
I write from experiences I have had. The words are already there and then the melodies come naturally. I often rewrite a song countless times after receiving feedback to get everything perfect. I tend to be a perfectionist.
Are you ever scared of revealing, aspects of your personal experience, to strangers through your music?
Never, I often think if I am going through this others are too. I am hoping my music touches my fans and they understand how we all have to overcome similar challenges in life. No one is alone in this world when you have great songs to listen to and identify with.
What has your journey in the music industry been like up to now?
It has been a lot of hard work and expense. However it is all worth it when I get in the recording studio. I love being in the booth and hearing my finished product. I have great producers! Being from Canada, I traveled a lot as well to meet with the Dream Team and work on my album.
I have been singing and songwriting since I was 8. My mom put me in voice lesson and musical theatre around that age. Having preformed in live theatre at a young age helped me balance school work, rehearsals, and being in front of a live audience. I think this helps me to stay focus.
What was the soundtrack to your childhood?
I had a wide range of music that I listened to being only a few years younger than Justin Bieber, I listened to some of his music and performed a few of his songs. I think because he started so young and from Canada I felt my dream of singer/songwriter was within reach. On the other side of things I’ve always had a lot of respect for hiphop and was very inpacted by Pac and Nas, especially his song “The World is Yours” As I got older I also moved more into hiphop tracks.
What was the first record you ever bought?
I was pretty young  when I asked for my own iPod so I could download tracks from 2Pac, Justin Timberlake, Drake.  All of them so talented. Justin Timberlake and I share an interesting fun fact that we both studied under Gary Spatz from The Playground in LA for acting.
What is your favourite song (not written by you) lyrically speaking?
Definitely “Nas is Like”, I find it to be lyrically genius.
What inspired “Kiss Me Goodbye”?
I was off in LA recording with my producer T-collar and writer Tiffany Vartanyan. During that time, over Spring break, I was dating this girl back in Canada who kissed another guy at a party. I found out about it just a couple days before I had to write a new song. Needless to say “Kiss me Goodbye” is probably one of the most authentic songs I have written, next to “Checkin’ for You” , a single I wrote which hasn’t been released yet. Having T-collar, who’s Produced  for Maroon 5, Fifth Harmony, and Pitbull along with Tiffany, who’s written for Demi Lavato, made for a killer song by the end of the day.
Do you remember the day you wrote “She Back”?
Yes, I wanted something a little more edgy and moving into a urban/pop sound. I was playing around with some music and beats. On the way from Edmonton to LA to meet up with one my producers I hammered out the words on the plane. The song is written from the perspective of a shady boyfriend who can do anything he wants because he knows his girl will never leave him.
What is the best show you ever played?
I’ve done tons of shows in front of huge audiences in theater, and my Dreamteam are working on shows and concerts as a solo artist. I have only released 2 off my album. I know my team will be putting out a schedule for live shows.  I was able to perform at a few benefit performances for Kids with Cancer and Finding the Cure, along with some other charity events.
What are your plans for 2018? Maybe a new album?
To launch my album and finish up my music videos. I also act and model so the music video are so much fun to do.  I am currently working on my next music video. Release date TBA.