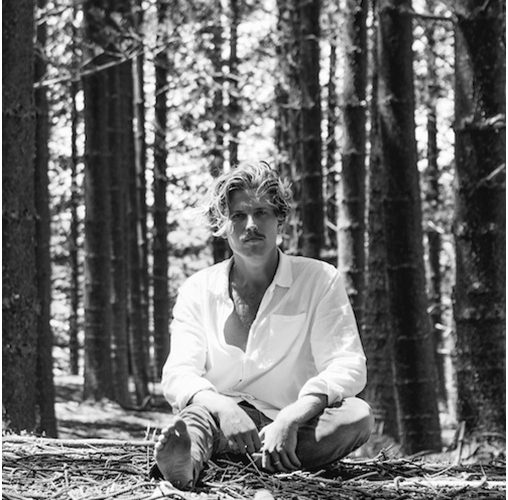 Laps Around The Sun – Interview with Ziggy Alberts

I usually come up with a phrase, or a melody, and that kickstarts the process; now more than ever I try to break down what I want the song to be about before I even start writing more lyrics. On the odd occasion, songs just pour out, and you look at all these lyrics 45 minutes later wondering what just happened!

Honesty. Be honest and write lyrics that have substance. Don’t just put pretty words together that have no personal meaning to you.

Absolutely. There are some things I might not ever share – but – the beautiful side of songwriting is the subliminal storytelling. Most of my songs have hidden, personal meanings that most listeners might never know but it makes the song extra special to me.

A unique one that pops to mind is ‘I sat here and cried salt running from my eyes wondering how the fuck will I end up with you’. It says everything and also challenges the combination of swearing and storytelling. I hope I haven’t written my best lyrics yet, I’m too young! (haha)

What inspired “Stronger”, part of your latest album “Laps Around the Sun” to be released on November 9th?

I asked myself “how would I convince someone to be a part of my life as a musician touring the world, but explain the details honestly?”. That’s how Stronger came about; it’s a conversation of laying it all on the line. I wrote this song in one afternoon/evening on a veranda in Tasmania, between shows.

Love Me Now is about loving someone, and someone loving you, for the people you are now. To me, the song was also driven heavily by the conversations and ‘the back and forth’ that we have with ourselves.

Do you remember the day you wrote “Worn Out”?

I wrote it in December 2014 at Falls Festival in Lorne, Victoria. I’d gone really hard with playing shows that year and just hit a wall; I wrote the song feeling that way…’Worn Out’. It wasn’t meant to be on the album but it’s honestly one of my favourite tracks on there and I feel it sits super well with the other songs.

Recently I played a show at Scala in London. It was sold out and I had pretty bad troubles with sound on stage and it was a nightmare of a time. The crowd was so patient and supportive and the second half of the set was absolutely one of the best shows I’ve ever played. It felt like we made it through all together and that’s really special.

The hardest moment that comes to mind was towards the end of my 2017 EU tour. I was in and out of hospital; had a wound on my leg that wouldn’t heal; had an allergic reaction to antibiotics; played a show after not eating for 2 days, and honestly didn’t know if I could stay on tour – but what was worse was I didn’t even know if I was well enough to take a plane ride home! In the end my team and I all pulled together, finished the tour and I don’t regret a thing.

I’m going to hang in Australia and rehearse for my upcoming world tour. It’s going to be a marathon and it starts in December. So, I just want to feel as prepared as possible.