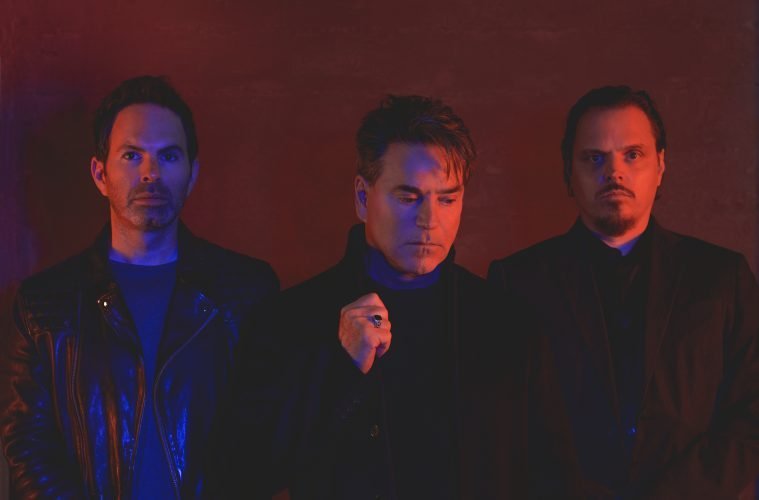 LA’S ASHRR USHERS IN A NEW-WAVE OF SYNTH-ROCK ON DEBUT ALBUM, ‘OSCILLATOR’ | NEW VIDEO FOR “ALL YOURS ALL MINE”

Nearly a year in the making, accomplished and celebrated musicians Steven Davis, Josh Charles and Ethan Allen have come together to form the collaborative synth-rock trio ASHRR, who will release their much buzzed about debut album, ‘Oscillator‘, on May 10th via First Second. The band has revealed a brand-new music video for the record’s single “All Yours All Mine.”

“”All Yours All Mine” is an electrified public announcement. The song laments the frustration of navigating modern life and being a member of society where everyone and everything is a bit for sale. The track serves as a contrast between the aggressive kinetic energy of the band and the singer’s dulcet cautionary tale.” – Ethan Allen

In case it was missed, watch the music video for ASHRR’s debut single “Don’t Wait Too Long.” The band also recently released the single “Paper Glass.”

Formed in early 2018, ASHRR is a synth-rock collective made up of singer-songwriter Steven Davis and artists/producers Ethan Allen and Josh Charles. The trio has a long eclectic musical background that meld experience and influence from a multitude of styles and genres, that when combined results in a familiar yet unique and contemporary sound.

Steven Davis’ roots can be traced back to singing gospel in a Midwestern church that pave the way to a booming career as a professional musician. Through his career he’s shared the stage with icons such as Diana Krall and Tony Bennett, headlined Rockefeller Center’s rarefied Rainbow & Stars and co-writes with pop legend John Oates.

Ethan Allen is a record producer, mixer, engineer, writer, multi-instrumentalist musician. His credits include Black Rebel Motorcycle Club, Ben Harper, Tricky, Luscious Jackson, The Cult, Gram Rabbit and Sheryl Crow among others, as well as many licensing placements in film and television.

Josh Charles is a critically acclaimed piano prodigy, guitarist, singer, producer and songwriter mentored by Rock and Roll Hall of Famer Dr. John. He has recorded for Columbia Records/Sony Music Entertainment, Island Records and Elektra Records/Warner Music Group. In addition to songwriting credits with John Oates and others, he has toured with The Neville Brothers, Joss Stone, and the late Buckwheat Zydeco. Josh also works as a sound designer for Native Instrument’s sounds.com and SPLICE.

ASHRR’s unique musical diversity can be heard throughout ‘Oscillator’ with each song written and performed with distinct purpose and meticulous skill. The band’s contrasting backgrounds allows for a collision of influences from new wave and art rock to indie electronic pop, and thematic elements that are profound and thoughtfully poetic.

“This music was born out of exploration with analog synthesis and post rock themes, but the heart of the inspiration for writing these songs is a shared belief that humanity is falling short of who and what we should be in the world. That greater discussion is what truly inspires the landscape we paint in the music. ‘Oscillator’ refers to the fact that all people and ideas are vibrating at different frequencies. There are moments when we couple and resonate with similar vibrations, and other times where they rub against each other, creating dissonance. This dissonance can result in conversation, or conflict.” – Ethan Allen 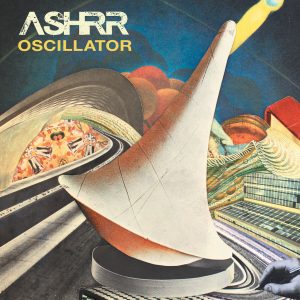