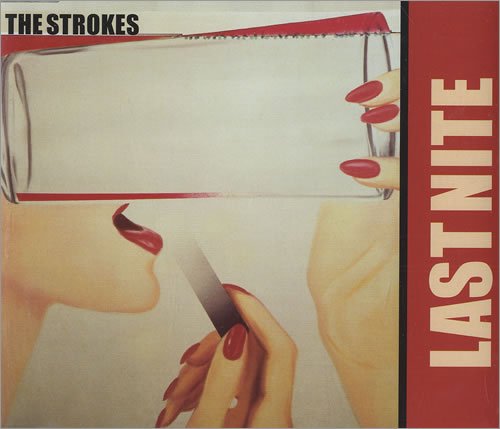 Did you know that Julian Casablancas is not only the lead singer and founder of the NewYork Indie band The Strokes but also the son of the  founder of the world famous model agency “Elite”?

The band members started to get together in 1998 but the first album (and their success) started only in 2001 with the release of the album “Is this it”.

During their career they released five studio albums, the last one released just few weeks a go called “ Comedown Machine” , that received different feedback from the media.

We believe that all the elements that caracterized the  band are in the album mixed, as well, with new sound experimentation.

The result is that the album is good but feels incomplete, sometimes we don’t feel the connection between the band at Julian, we don’t feel his drive.

The songs 50/50 (pure style post punk) , Happy Ending and Chances are our favorites.

Let’s go back to “Is this it”, an album that the magazine Rolling Stone  included in the first 500 best albums of all times that sold over 4.000.000 copies to date.

The albums tells about New York, sexuality, City- lifestyle, all elements very close to the band.

Last Nite is the second single released from the album in 2001 and became rapidly a success supported as well by a music video where the band seems to have problems with microphones ….drums and Julian’s.

It seems the song talks about an annoied woman that just arrives in town ( a model maybe?) but who is more annoied is the man that decides to walk away from her and not to listen anymore to her bull@#St.

We wish to go and see the Strokes live very soon, we visited their website  , but no news yet.