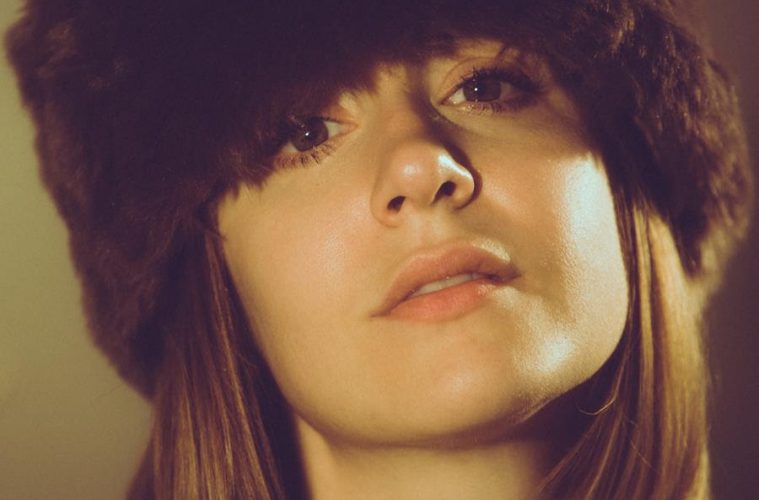 Out now, on Don Giovanni Records, ‘The Big Freeze‘ is the long-awaited fifth album by New York-based songwriter Laura Stevenson. In support of the new album, Stevenson will be touring Europe and the UK this June. 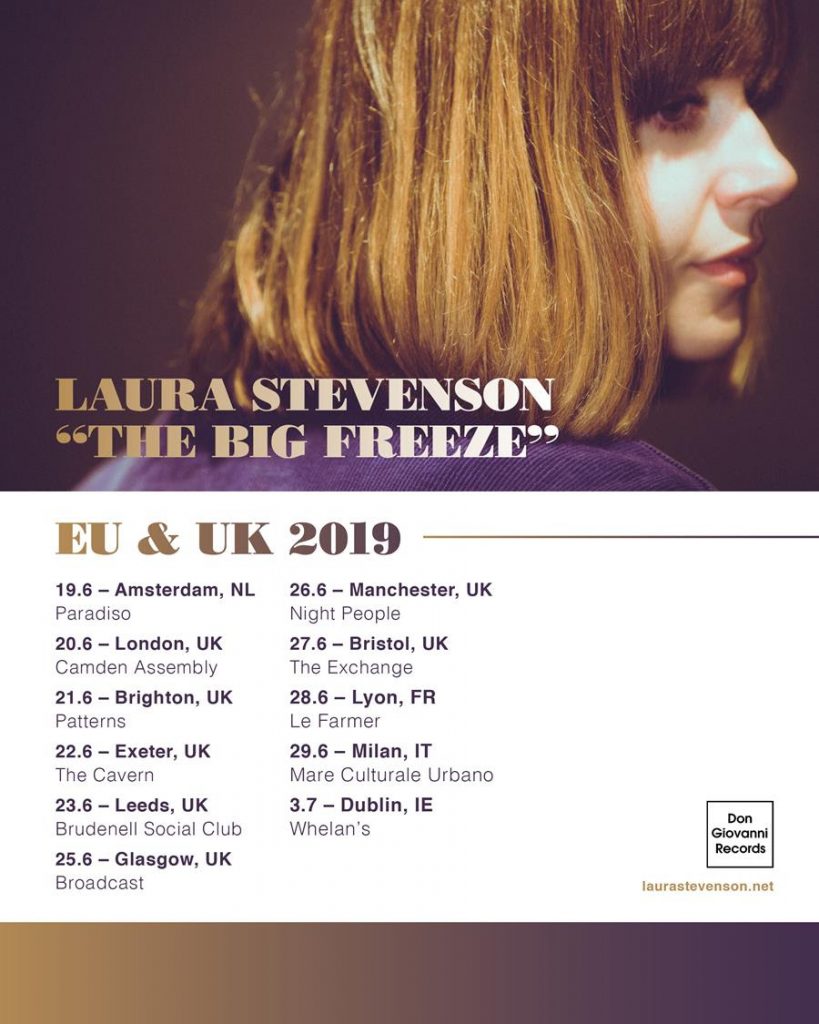 If gravity is strong enough, at the end of time our universe will collapse, pulling all of existence back down to infinitesimal size, like before the Big Bang. But if expansion outpaces gravity, eventually the universe will be cold and empty–all light, heat, and connection will be gone. That possibility is called ‘The Big Freeze.’

Recorded in her childhood home during the dead of winter, ‘The Big Freeze’ represents a pivotal step for Stevenson. Despite her pedigree in the punk and indie rock scenes, and the occasional inclusion of a backing band (like the sprightly, C86-inspired pop track “Dermatillomania”), for the first time on record Stevenson’s voice and guitar are in clear and highlighted focus. It is a natural aesthetic choice for the musician, who has often toured as a solo act and who pulls influence from the great American songbook, and a choice that plays to the core strength and organic beauty of her writing. And though it is easily the darkest and most emotionally-devastating album of Stevenson’s career, it is also without a doubt her most powerful.

Stevenson builds on her own private worlds with choruses of multi-tracked voices, swarms of cellos, French horns and violins; orchestration that blooms and swells throughout each intimate performance. Exploring thematic ideas of distance and misconnection; worlds pulling apart, aching loneliness, and attempts to drive out hibernating dormant demons.

In the opening track Stevenson’s voice insists the listener “lay back with arms out, all-in, unfeeling,” to allow themselves to sink into a flood of instrumental sound that thrums between dissonance and resolution. From waves crashing in an abandoned waterpark on the haunting “Value Inn”, to the last leaves trembling before winter sets in on “Rattle At Will”, a creeping sense of isolation and anxious beauty surrounds every song. And yet there is also warmth, and hope. The album’s third track “Living Room, NY” tells of an intercontinental love and longing which seems to have the strength to thrive despite even the most trying and impossible of circumstances. Across ten tracks, the listener will travel through the cold night, following after a small but powerful flame burning from the other side.

Stevenson is a songwriter whose strengths have gone unsung for far too long, but ‘The Big Freeze’ is likely to change that. At times you will be reminded of classic songwriters from both the mainstream and the fringe, whether it’s Jason Molina, Judee Sill, Harry Nilsson or Dolly Parton. But always you will be reminded of the power of the human voice (and a single guitar) to invoke the universe. Or in this case, it’s end.