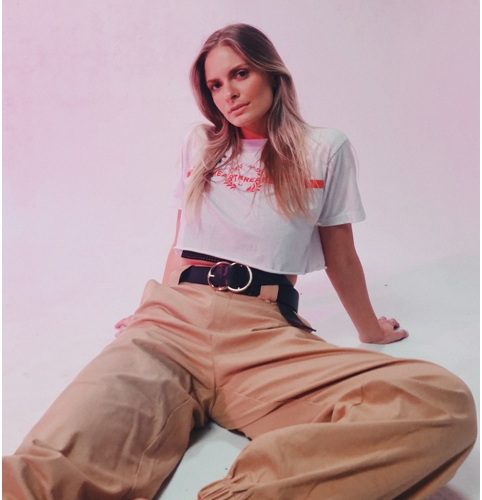 Nashville’s country singer songwriter, Lauren Duski is thrilled to unveil her empowering music video for her single, “Costume Party.”  The single has taken off and has inspired her fans to make their own videos sharing their stories and vulnerability. Once Lauren saw the impact the song was making with her fans she wanted to combine all the videos together to make this touching music video.

Duski says, “The letters from my fans really inspired me to say something this vulnerable in a song. People shared stories and vulnerability that I could’ve never imagined. So it only felt right to have them all join me in the video. ‘Costume Party’ is for them.”

“Costume Party” is Lauren’s debut single since her appearance on NBC’s The Voice where she finished up as runner up on Season 12. The song has been out for only a month and it debuted at #15 on the US Country Charts on iTunes and as over 120,000 streams on Spotify where it appeared on Spotify’s New Music Friday playlist and charting all over the world. The track will be off her debut EP set to be released this year.

With a resume of experience dating back to a very young age, Lauren has developed into a multi-talented singer, songwriter, and performer. Originally from Gaylord, Michigan, she has been performing in front of audiences since the age of 7. Several local performances in her hometown led to many years of traveling across Northern Michigan with a band, performing classic country hits. Those shows allowed her the opportunity to open for acts including: Lonestar, Randy Travis, Confederate Railroad, and Bill Anderson.  She began songwriting in middle school after getting her first guitar. She started posting videos of original songs and covers on Youtube while in high school, gaining significant views worldwide. Later as a student at the University of Michigan, Lauren focused more on songwriting but managed to keep up with local performances opening for Gloriana and Thompson Square. After graduating in the spring of 2013 with her Bachelors of Science in Biopsychology, Cognition and Neuroscience, she put her plans of attending dental school aside. She spent a few months in Chicago after graduation with opportunities to record original and commercial material, but Nashville became home in early 2014. Most recently Lauren appeared on Season 12 of the hit NBC show The Voice, finishing as runner up. Her sultry voice and heartfelt vocals helped her earn this honor, and she’s looking forward all her new music in the coming months.

In support of the new music, Lauren Duski is currently doing a few tour dates with Bobby Bones. See tour dates below.