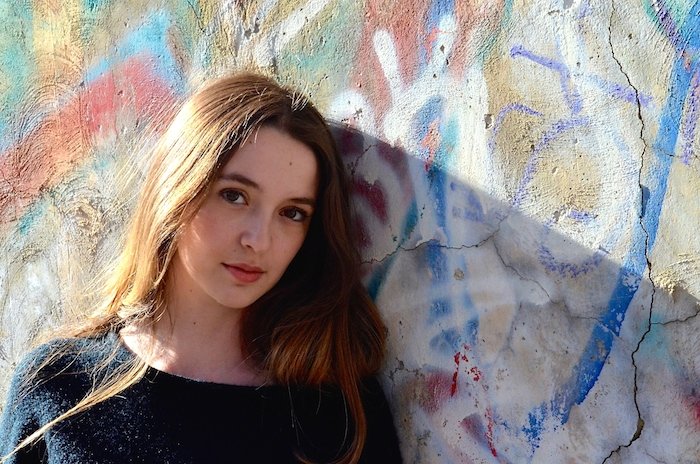 Left to the Clouds – interview with Sofia Donavan

RYL: Your new EP is titled “Left to the clouds”, what it means to you lyrically speaking?

Sofia Donavan: This title comes from one of the songs from the EP. For me I think this song and this line in particular means that sometimes you have to have some sort of faith in how things turn out.

I know I have a habit of trying to control certain aspects of my life and this was a song where I wanted to accept the fact that sometimes it is better to leave it to time or the ‘clouds’ in the sense that you just have to let things happen.

RYL: Tell us everything about the song “Rare as Gold”?

Sofia Donavan: This song was written around 2 years ago now and was deeply inspired by the last The Civil Wars record. Songs like ‘The One That Got Away’ and ‘Devil’s Backbone’ told great stories and created vivid images in a much darker way than I had heard before.

With ‘Rare As Gold’ I tried to combine this darker Americana style of music with a story inspired by tales of outcasts and old images of cowboys.

This was a song where I only had a vague idea about where I wanted it to go but working with Elgin really brought it to the next level.

Sofia Donavan: This EP is a collection of songs I wrote from the ages of 15 to 18 at very different points in my life, so I did not write them with a specific theme in mind.

However, looking back I think I can definitely see how most of them touch on the theme of finding and accepting oneself, something that I think most teenagers can relate to.

Sofia Donavan: I started writing songs at around 12. Until then I had only messed around creating short songs about funny things but I also loved writing poems.

Then when I was 13 I had to undergo an operation that gave me a lot of recovery time and a lot to write about.

I think that was the first time I really felt I had something to say and since then I have used songwriting as one of the best forms of therapy.

Sofia Donavan: I usually begin with some sort of initial idea that is either a riff or a lyric line that I want to explore.

There’s also been a few times when a title to a song came to me and I worked off of that. Whatever this idea is, I usually record it on my phone write a verse and a chorus and then give it a day to listen to it again with fresh ears in the morning.

Because of this I’ll usually finish songs in a few days however, some songs take a shorter time like ‘If It Wasn’t For Love’, or they grow and change through years as was the case with ‘Note To Tennessee’.

RYL: Do you remember the day you wrote “Note to Tennessee”?

Sofia Donavan: The initial idea for ‘Note To Tennessee’ came about 2 years ago.

I wrote it during a time when it really dawned on me how difficult it would be to achieve my dream of being a musician. From this feeling I got the idea to try and write a story about unconditional love as a metaphor for the fact that no matter how much you love or give to your passion you can still end having never ‘made it’ in the music industry.

Then before I went into the studio I decided to change the chorus a little bit to create a more complete sounding song.

Sofia Donavan: For me writing lyrics that tell a story or that people can connect to, is the most important thing.

I love working with different melodies and chords but ultimately the thing that I will spend hours perfecting is my lyrics.

Even though I say this, I think it’s also important to know when there are songs where you have to let the lyrics simply pour out, however simple they may be, because sometimes simplicity is what fits a song best.

Sofia Donavan: I think currently my favorite verse I have written so far is one from a song called ‘Old Radio’ that I wrote right after recording the ‘Left To The Clouds EP.’

I wrote this song during a time when I was really beginning to come to accept my faults and fears and I feel that the second verse is some of the most personal and honest lyrics I’ve written so far.

‘I’m a reader storyteller, liken puzzles to my needs.

Make up answers to my questions, leave the voices running free.

There’s an emptiness that I’ve been trying to fill forever, one that brought me to my knees.’

Sofia Donavan: I’m always working on new ideas so I have a lot of unfinished songs at the moment, but the last complete song I wrote is a song called ‘Rock Bottom’.

Not a particularly happy sounding song as you can probably imagine from the title, but I absolutely love playing it live and I’ve gotten some really great reactions from people.

Sofia Donavan: I’m really excited to gig now! I’ve spent most of the year working behind the scenes on the release of the EP so I’m really happy that people will finally be able to hear it! I’ll be focusing my summer on playing shows, promoting my new EP as well as traveling to Nashville for the first time, which I am really looking forward to.

RYL: What inspired “If It wasn’t for love”?

Sofia Donavan: ‘If It Wasn’t For Love’ was actually inspired by the story of my grandparents’ life together.

They celebrated their 50th wedding anniversary last year and as their present I decided to perform a few songs for them and my family. While I was practicing for their celebration I was also in the midst of planning out what songs I was going to record in the EP.

We had a lot of good songs planned as backups but we seemed to be missing a more upbeat, happier song.

Then I started messing around with some chords and ended up writing the song. This was probably the fastest I have ever written a song to date. It took me a few hours to write, I recorded a demo, sent it over to Jason and immediately knew this is the song that had been missing from the EP.