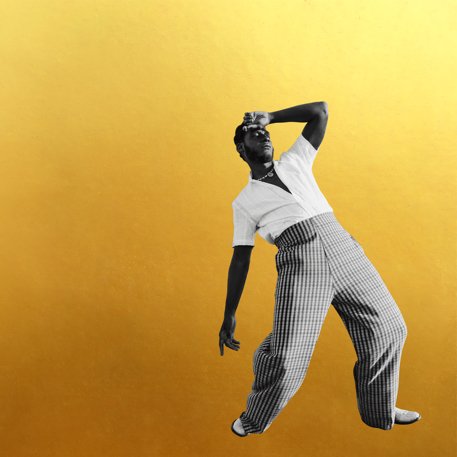 Leon Bridges releases new single ‘Why Don’t You Touch Me’

Grammy Award-winning R&B recording artist and songwriter Leon Bridges has released “Why Don’t You Touch Me”, the latest track from his forthcoming third album ‘Gold-Diggers Sound.’ Stream the track HERE. “Why Don’t You Touch Me” is a gently pleading, vulnerable love song from Leon to a lover who feels preoccupied and just slightly out of reach. Keeping within Leon’s love of fashion, storytelling, and visuals, “Why Don’t You Touch Me” will have a two-part official music video, with the first part available now. The Jackson Tisi directed video blurs fact and fiction with an intertwining narrative of 3 people, working through a souring relationship, drifting in a surrealist send-up of Gold Diggers, the real-life hotel/recording studio that inspired his upcoming album. The second portion of the video will debut on June 24th; fans will be able to access at youtube.com/LeonBridges.

Leon also announced that he has a track on the forthcoming Space Jam: A New Legacy Official Soundtrack; the soundtrack hits stores and all digital retailers on July 9, 2021, one week ahead of the movie’s release on July 16. Watch Leon in the star-studded announcement below.

‘Gold-Diggers Sound’ is an R&B album birthed from extended late nights at the complex of the same name. The album celebrates Leon’s immersive experience of creating music in the same space in which he lived, worked, and drank over the course of two years. What began as nightly all-night jam sessions where Leon and his fellow musicians could just vibe and let loose away from crowds, cameras, and structured studio schedules, quickly began to form into what he realized was an album.

‘Gold-Diggers Sound’ was Executive Produced by Leon Bridges and Ricky Reed and Produced by Ricky Reed and Nate Mercereau with features from Terrace Martin, Robert Glasper and Ink. Leon considers the album to have psychedelic influences while staying true to the modern R&B sound he has been moving towards since his debut. Says Leon, “I spent two years jamming in what often felt like a musician’s paradise. We effortlessly moved from the dance floor to the studio. We would be finishing our tequilas at 10:00 AM and waking up with coffee and getting to work at 10:00 PM. It was all for the love of R&B and musicianship. This is my most sensual and confident album to date, and I cannot wait to unleash it.”

‘Gold-Diggers Sound’ is the third solo from Leon Bridges in a career trajectory that saw him going from working as a dishwasher and busking on the streets of his beloved Fort Worth, TX to being signed to a major label and performing at the White House for Former President Barack Obama within a two-year span. Following the release of his Grammy Award winning sophomore album, ‘Good Thing,’ Leon issued a steady stream of music including tracks with John Mayer, Kacey Musgraves, Kiana Ledé, Lucky Daye and Noah Cyrus as well as Texas Sun, a collaboration project with fellow Texans Khruangbin. Other career highlights include opening for Harry Styles on an arena tour, his breakout track “River” being certified Platinum, portraying Gil Scott Heron in Damien Chazelle’s First Man, appearing in a global GAP holiday campaign, garnering a CMT Award for his Crossroads collaboration with Luke Combs, performing at the Tom Ford NYFW show and MoMA’s Film Benefit honouring Tom Hanks, selling out Hollywood Bowl and back-to-back nights at Radio City Music Hall.