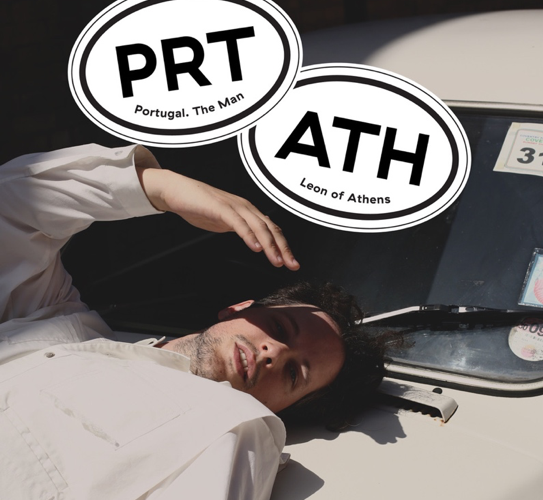 London-based Greek indie-pop star Leon of Athens, released the remix to “Communication” from the critical acclaimed band Portugal. The Man that is out now and feature on Apple Music’s Beats 1 Chart Show, and Sirius XM The Volume Channel.

The original song have been written with David Sneddon who wrote the radio singles for Lewis Capaldi and Lana Del Rey.

Leon of Athens channels the flamboyant beauty of Sufjan Stevens and Grizzly Bear alongside a similar widescreen pop sensibility as Imagine Dragons and Tame Impala. His recently released album Xenos (EMI/Universal) is a beautiful, thoughtful piece of work. It showcases just why he has become a huge live draw in Greece – where he plays to audiences in their thousands – his ever-growing fanbase across Europe and his rising profile in the USA.

The album follows the highly acclaimed release of his debut album Global, championed by many media outlets. It is produced by David Kosten (Bat For Lashes, Everything Everything) and is informed lyrically by the refugee crisis, the rise of the far-right in Europe and the US, but also personal upheavals: fractured relationships, lost faith, youth, freedom and death.

From the uplifting indie-pop of previous singles ‘Aeroplane‘ and ‘Fire Inside You‘, to the dark creeping electronics of the title track and ‘Xenos‘, Leon Of Athens proves himself an intriguing and exciting force. There are delicate moments on the stark piano-led ballads of ‘Letters To My Father‘ and ‘Final Moment‘, while the album closes with the joyous ode to his favourite place in the world ‘Corfu.’